We live in a time of globalization. With access to internet and social media, anyone in the world can become a citizen journalist. Today is day 293 for the Aljazeera journalists serving time in Egyptian prison. Journalists die in the course of doing their jobs, most recently the slayings by Daesch of international journalists and their support staff has not escaped our attention.

Telling the story is just half the goal. When individuals are willing to risk life and/or freedom to reveal the truth about what is happening, they do so with the goal in mind that only by telling people, will there be any hope for the situation to change.

One person standing on a street corner and shouting will not bring results. If that person can rally at least 50 people, the group might get noticed. With enough momentum, the group can grow to a few thousand. Then the news media is forced to notice. But, when joined in solidarity, that group can grow to a massive crowd of millions, and when that happens, no one, including governments, can ignore it.

When Occupy Wall Street set up in September of 2011, thousands of people across the nation immediately identified with the concerns voiced by the movement. Encampments followed in other major cities, and soon the conversation became a national topic. As a result, some incremental changes took place in certain areas, and the national conversation still includes terms such as “income inequality,” “social justice,” and “plutocracy.”

Most of this transformation would not have happened the way it did had it not been for people being willing to “stand in solidarity.” We hear the term frequently, but now ask you to pause long enough to think about what it means.

It means not crossing a picket line. It means not purchasing products from companies who do not practice social responsibility. It means standing in freezing cold and wind to attempt the recall of a governor who is not serving the people of his state. It means going to rallies where you do not know anyone, but you still hold up a sign and join the crowd.

Most recently, I was reminded again of how important this is not only for personal interests, but also for those you are supporting. If you read our posts frequently, you are aware of our declaration of solidarity with the Kurdish fighters within the city of Kobani. Does it matter, if we can not go there? I read a Newsweek article that made me think about this differently, “Kobane Diary: 4 Days Inside the City Fighting an Unprecedented Resistance Against ISIS.”

Imagine you were there, wondering if anyone even cared that you and your entire community are literally fighting for their lives. Every person in the entire town is involved in the battle in one way or another. There is nothing that resembles a normal life – a normal life is something these people have not had in what seems like forever to them. Wouldn’t it be nice to know that someone, somewhere, cares what happens to you and your city, your family and your community? 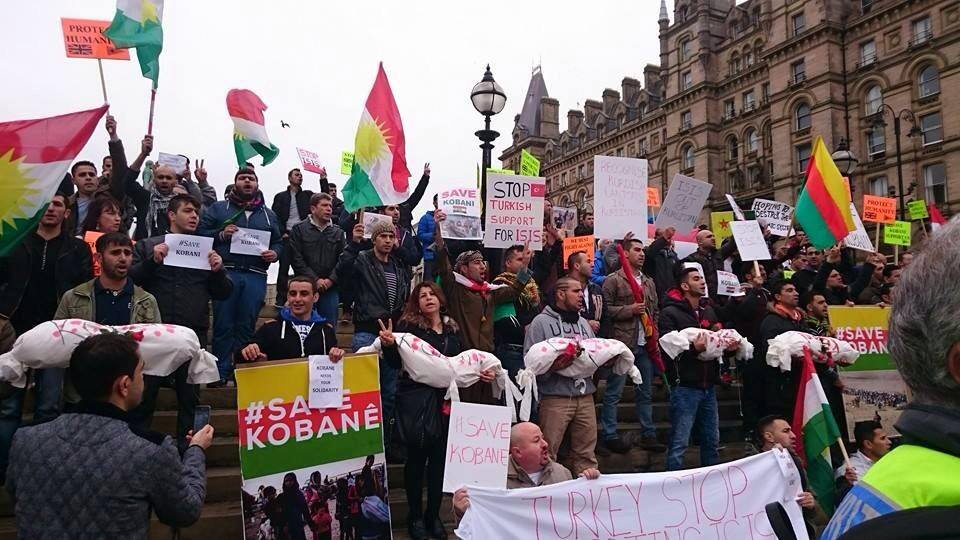 Solidarity : a feeling of unity between people who have the same interests, goals, etc.

What does it mean to you? How and when will you use this empowerment?