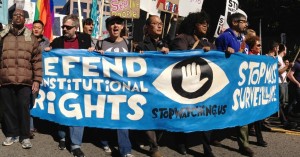 With a June 1 expiration for Sections 206 and 215 of the USA Patriot Act, initially rammed through Congress in the wake of the attacks of September 11, 2001, the revisions contained in the new reform bill—submitted as the USA Freedom Act of 2015 (pdf)—would reauthorize certain aspects of that law while seeking to reform ways the government uses its spying capabilities. A similar reform bill was introduced last year in Congress, but ultimately did not gain enough support to pass. END_OF_DOCUMENT_TOKEN_TO_BE_REPLACED