To put Bootleg’s destructiveness into perspective, the fire—one of 10 burning in Oregon alone—has spread over 25,000 acres per day on average, or more than 1,000 acres every hour. According to CNN meteorologist Brandon Miller, “That’s an area larger than the area of Central Park each hour, or a rate of a football field burned every five seconds” for 11 days. END_OF_DOCUMENT_TOKEN_TO_BE_REPLACED

“We still don’t know the full extent of toxic chemicals that companies are using in their fracking operations. Why is the EPA allowing them to poison our communities without consequence?” 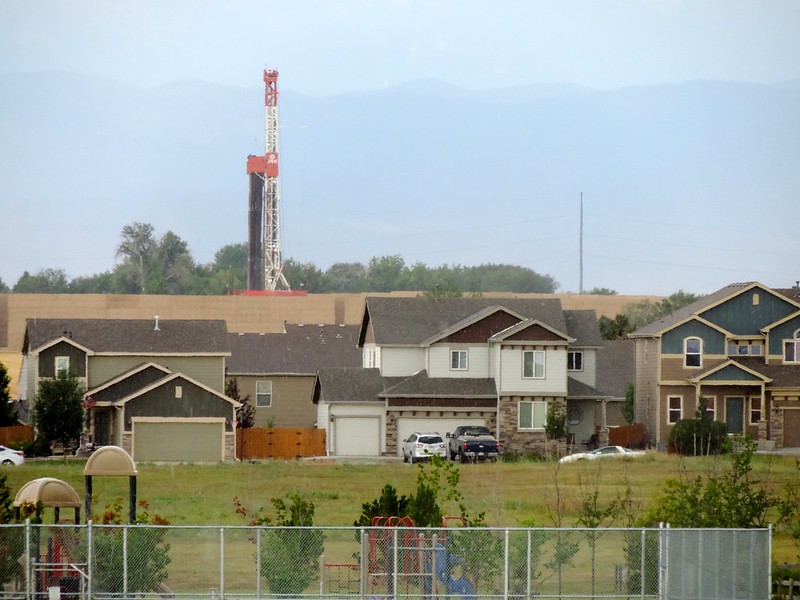 A fracking rig behind a housing development Photo: WildEarth Guardians/flickr/CC

Between 2012 and 2020, fossil fuel corporations injected potentially carcinogenic per- and polyfluoroalkyl substances (PFAS), or chemicals that can degrade into PFAS, into the ground while fracking for oil and gas, after former President Barack Obama’s Environmental Protection Agency approved their use despite agency scientists’ concerns about toxicity.

The EPA’s approval in 2011 of three new compounds for use in oil and gas drilling or fracking that can eventually break down into PFAS, also called “forever chemicals,” was not publicized until Physicians for Social Responsibility (PSR) obtained internal records from the agency through a Freedom of Information Act request, the New York Times reported Monday after reviewing the files.

According to PSR’s new report, Fracking with “Forever Chemicals,“ oil and gas companies including ExxonMobil, Chevron, and others engaged in hydraulic fracturing, or fracking, have since 2012 pumped toxic chemicals that can form PFAS into more than 1,200 wells in Arkansas, Louisiana, Oklahoma, New Mexico, Texas, and Wyoming.

While the Times noted that the newly released documents constitute some of the earliest evidence of the possible presence of PFAS in fracking fluids, PSR’s report warns that “the lack of full disclosure of chemicals used in oil and gas operations raises the potential that PFAS could have been used even more extensively than records indicate, both geographically and in other stages of the oil and gas extraction process, such as drilling, that precede the underground injections known as fracking.”

“It’s very disturbing to see the extent to which critical information about these chemicals is shielded from public view,” Barbara Gottlieb, PSR’s Environment & Health Program director, said Monday in a press release. “The lack of transparency about fracking chemicals puts human health at risk.”

In a consent order issued for the three chemicals on Oct. 26, 2011, EPA scientists pointed to preliminary evidence that, under some conditions, the chemicals could “degrade in the environment” into substances akin to PFOA, a kind of PFAS chemical, and could “persist in the environment” and “be toxic to people, wild mammals, and birds.” The EPA scientists recommended additional testing. Those tests were not mandatory and there is no indication that they were carried out.

“The EPA identified serious health risks associated with chemicals proposed for use in oil and gas extraction, and yet allowed those chemicals to be used commercially with very lax regulation,” Dusty Horwitt, a researcher at PSR, told the newspaper.

In a statement released Monday, Wenonah Hauter, executive director of Food & Water Watch, called the PSR report “alarming,” and said it “confirms what hundreds of scientific studies and thousands of pages of data have already shown over the last decade: fracking is inherently hazardous to the health and safety of people and communities in proximity to it, and it should be banned entirely.”

As PSR notes, PFAS—highly potent toxins that accumulate in the body and persist in the environment—pose a threat to human and environmental well-being. Negative health effects linked to PFAS include low infant birth weights, disruptions of the immune and reproductive systems, and cancer.

“The potential that these chemicals are being used in oil and gas operations should prompt regulators to take swift action to investigate the extent of this use, pathways of exposure, and whether people are being harmed,” said Linda Birnbaum, board-certified Ph.D. toxicologist and former director of the National Institute of Environmental Health Sciences.

Hauter added that “this says nothing of the dreadful impact fossil fuel extraction and burning is having on our runaway climate crisis. Fracking threatens every person on the planet, directly or indirectly.”

In a 2016 report, the EPA identified more than 1,600 chemicals used in drilling and fracking, or found in fracking wastewater, including close to 200 that were deemed carcinogens or toxic to human health. The same EPA report warned that fracking fluid could escape from drill sites into the groundwater and that leaks could spring from underground wells that store millions of gallons of wastewater.

Communities near drilling sites have long complained of contaminated water and health problems that they say are related. The lack of disclosure on what sort of chemicals are present has hindered diagnoses or treatment. Various peer-reviewed studies have found evidence of illnesses and other health effects among people living near oil and gas sites, a disproportionate burden of which fall on people of color and other underserved or marginalized communities.

“The Obama-Biden administration approved the use of toxic PFAS chemicals for fracking a decade ago,” said Hauter, “and all these years later, President Joe Biden’s practices haven’t seemed to change a bit.”

“The Biden administration has claimed to be concerned about PFAS contamination throughout the country,” Hauter said. “Biden himself pledged during the campaign to halt new fracking on federal lands. Meanwhile, this administration is approving new fracking permits at a pace similar to Trump, with no letup in sight.”

Earlier this month, whistleblowers at the EPA accused the Biden administration of continuing the “war on science,” with managers at the agency allegedly modifying reports about the risks posed by chemicals and retaliating against employees who report the misconduct.

As Common Dreams reported, Public Employees for Environmental Responsibility filed a formal complaint on behalf of four scientists with the EPA’s Office of the Inspector General, demanding an investigation into reports that high-level employees routinely delete crucial information from chemical risk assessments or change the documents’ conclusions to give the impression that the chemicals in question are safer.

Calling Monday’s revelations about the Obama administration’s decision to greenlight the use of PFAS in fracking “a scandal that should lead every nightly news program,” Jamie Henn, co-founder of 350.org and director of Fossil Free Media, noted that “we still don’t know the full extent of toxic chemicals that companies are using in their fracking operations.”

“Why is the EPA allowing them to poison our communities without conscience?” he asked.

This is a scandal that should lead every nightly news program.

We *still* don’t know the full extent of toxic chemicals that companies are using in their fracking operations.

Why is the EPA allowing them to poison our communities without consequence? https://t.co/W5Iv0mccJe

Hauter called on Biden “to immediately make good on his promise to halt new fracking on federal lands,” adding that “his administration must take urgent action to contain the use of PFAS chemicals and their deadly spread into our water and our communities.”

“While business booms and the pandemic rages, the rich are getting richer—and workers are getting sicker.” 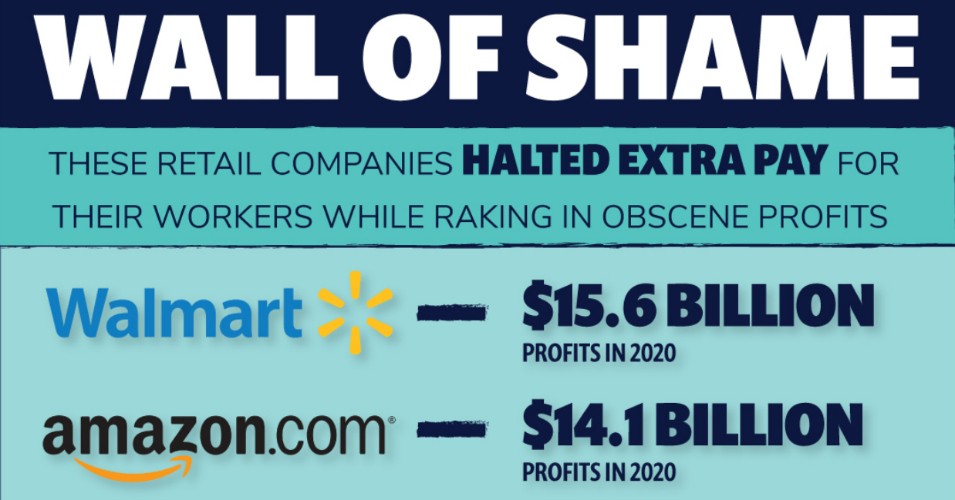 Nearly all of the top 15 retailers in the U.S., which provided hazard pay to workers in the beginning of the pandemic, have halted the extra compensation and are spending lavishly on stock buybacks. (Photo: Public Citizen)

Frontline retail workers have been lauded by U.S. corporations as “heroes” this year for keeping operations running during the Covid-19 outbreak, but a new study shows how companies like Dollar General and Walmart—which have made massive profits over recent months—have treated their employees like “sacrificial workers” by stripping hazard pay even as the pandemic soared.

The report, released Thursday by Public Citizen, details how most of the top 15 U.S. retail companies have quietly taken away hazard pay from their frontline workers, even as the coronavirus has continued to spread across the country and is now surging in states including Wisconsin, Nebraska, Wyoming, and Minnesota. END_OF_DOCUMENT_TOKEN_TO_BE_REPLACED 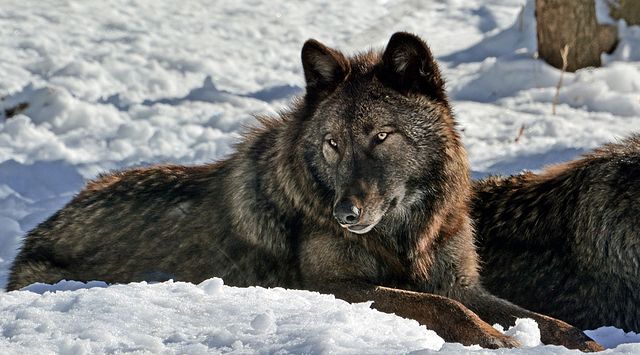 “Let’s learn from history,” said Alex Peterson, a conservation advocate for Environment America, in a statement. “Removing legal protections is a disaster for gray wolves.” END_OF_DOCUMENT_TOKEN_TO_BE_REPLACED 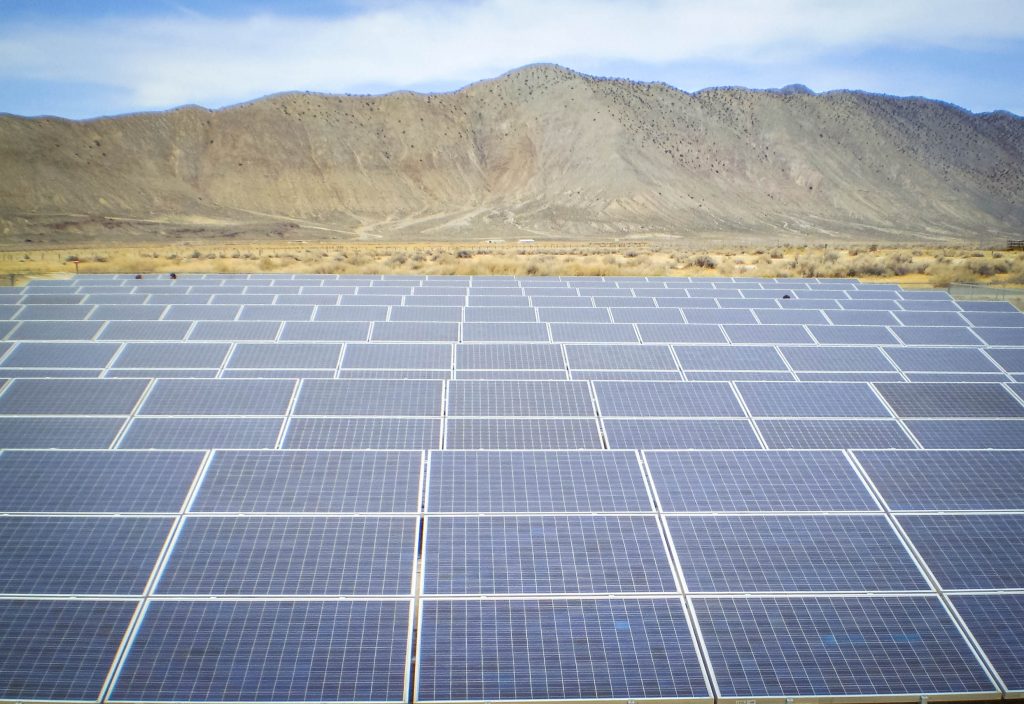 The new report from a trio of experts at the Economic Policy Institute (EPI), a U.S.-based think tank, comes as the country continues to endure the public health and economic consequences of the ongoing coronavirus pandemic, which has claimed more than 220,000 lives and millions of jobs in the United States alone this year. END_OF_DOCUMENT_TOKEN_TO_BE_REPLACED

“It’s sickening to see how wolves have been slaughtered in Idaho once federal Endangered Species Act protections were lifted,” Andrea Zaccardi, a senior attorney with the Center for Biological Diversity, said in statement. “If wolves are delisted nationwide, this cruelty could extend to all wolves within our country’s borders. This treatment of our nation’s wildlife is unacceptable.” END_OF_DOCUMENT_TOKEN_TO_BE_REPLACED

This announcement was news to Berman, who later contradicted Barr by declaring that he had not resigned and indeed had no intention of resigning. Barr then contradicted himself by informing Berman that since he had refused to resign, he had instead been fired. END_OF_DOCUMENT_TOKEN_TO_BE_REPLACED 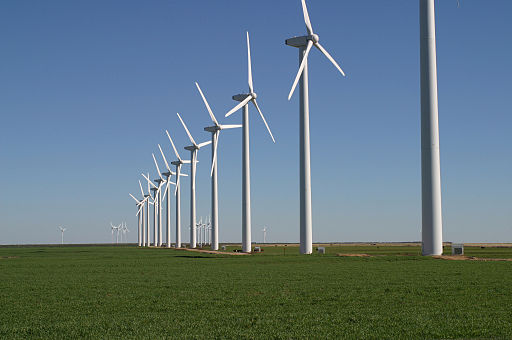 Without much debate, the Wyoming legislature quickly determined that the state does. END_OF_DOCUMENT_TOKEN_TO_BE_REPLACED