Corbyn: “The silence from international powers with the responsibility of bringing a just settlement of the Israel-Palestine conflict must end.” 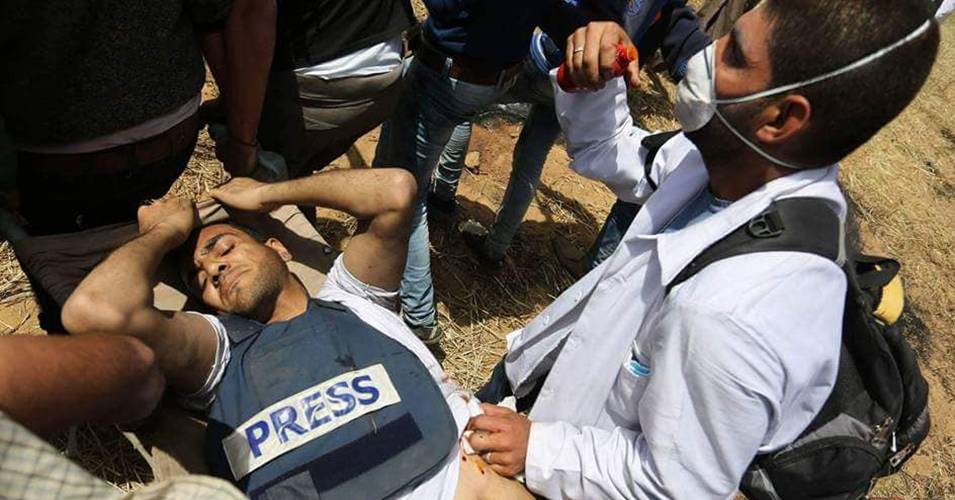 Sources in Gaza have confirmed that journalist Yaser Murtaja has died after being shot in the abdomen by an Israeli sniper while covering the protests. He was clearly wearing a vest that identified him as press.

Yaser Murtaja, a cameraman for Palestinian Ain Media, was wearing a “PRESS” flak jacket as he was shot by an Israeli sniper Friday. He died of his injuries in a hospital on Saturday.

The 30-year-old journalist was one of nine people killed and more than 1,000 injured by Israeli troops Friday on the Gaza border.

Thousands of Palestinians continued “The Great March of Return,” the week-long protest on Friday, demanding the right of return of Palestinian refugees to towns and villages from which their families were driven out when Israel was created. END_OF_DOCUMENT_TOKEN_TO_BE_REPLACED