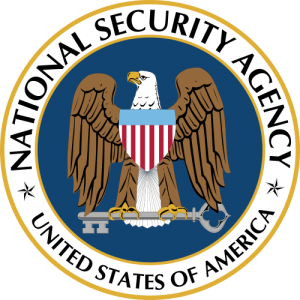 The time leading up to the 2008 elections was a major seachange in American politics. With the Democrats, the last two standing were a woman and an African-American; a first for either group thus represented. With Barack Obama winning the nomination for the Democrats, the Republicans countered by naming a woman as their vice presidential candidate. So, no matter who won, the election would have been historic; either you’d have an African-American in the White House or a woman as Vice President. With a campaign slogan of “Yes We Can”, the Democrats took the White House.

I remember election night well. I was passing time on a music forum, and my international friends were, if anything, even more excited by the election than we were. They thought that America had finally turned the corner, and that “Yes We Can” symbolized what would be the new America; an America less imperialistic and more tolerant.

Over the last five years, we’ve seen that our wishes were half realistic and half a pipedream. The grim face of racism and paranoia over the changing demographics of our society led to an opposing party dedicated to obstructing every policy of the President, and the sound bites and media firestorms thus generated distracted us from the fact that our government under the guise of “national security” monitored phone calls and emails without a warrant on an unprecedented scale. Not only were we as private citizens victims of this breach of any privacy, but foreign leaders who were supposedly our allies were also targeted. Edward Snowden’s revelations brought the government’s data collecting into the public spotlight, and made all of us aware of what our government was doing behind our backs.

As you might have noticed, yesterday was a national day of action calling for we as citizens to call and email our Congressthings and let them know this is not OK. Occupy World Writes stands in solidarity with the Today We Fight Back movement, and we displayed their banner yesterday in a show of solidarity with the cause.

So, how did we do? As of 10:30 last night, 82,309 calls had been placed and 167,724 emails had been sent to your Congressthings nationwide. We’ve seen that with the rise of social media that we can influence events on both a local and national level. We’re honored to be a part of yesterday’s action, and we thank all of you who participated with us, either by putting a banner on your site, by emailing or calling your Congressthing, by spreading the word via social media or a combination of the above. If we come together and make our voices heard, we can move mountains.