“Declaring the extinction crisis to be a national emergency would unlock key presidential powers that will halt the unraveling of the planet’s life-support systems.” 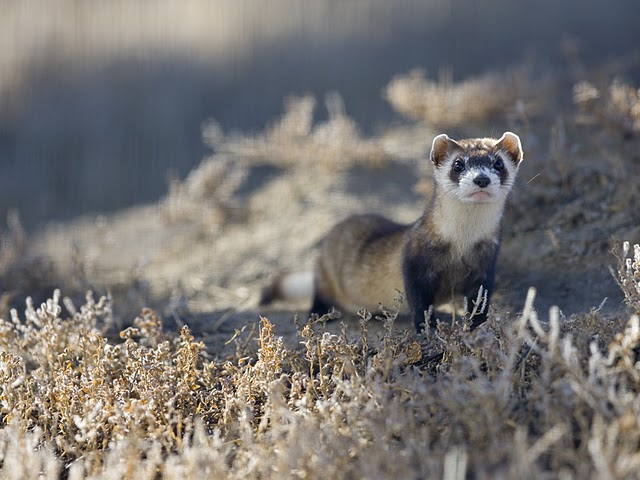 Democratic members of Congress introduced legislation Friday that would require President Joe Biden to declare the wildlife extinction crisis a “national emergency,” a move advocates say would allow the president to use specific executive powers to stem the destruction of habitats and protect species imperiled by human activity.

The legislation, unveiled with nine original House co-sponsors, would also “provide supplemental funding for agencies to develop recovery plans and designate habitats for endangered species,” and “establish potential trade penalties on nations that are not making significant efforts to end” illegal wildlife trade or deforestation.

“The devastating effects of climate change pose an immediate threat to our surrounding wildlife,” Newman said in a statement. “Day by day, the number of animals in the U.S. facing extinction grows, creating a national emergency that needs to be addressed. Investing in the health of our wildlife is an urgent priority. Through the Extinction Crisis Emergency Act, wildlife can begin flourishing again in their natural homes and habitats.”

Our planet’s wildlife is facing a crisis: mass extinction and loss of natural habitats

I am proud to introduce the The Extinction Crisis Emergency Act with @RepChuyGarcia. This act would require @POTUS to declare the wildlife extinction crisis a national emergency. pic.twitter.com/WhW5h8l0Vu

A comprehensive and startling United Nations report released in 2019 warned that humanity’s exploitation of the natural world has pushed a million plant and animal species across the globe to the brink of extinction. In 2018, the National Wildlife Federation, the American Fisheries Society, and the Wildlife Society estimated that as many as a third of U.S. wildlife species are at growing risk of extinction.

Applauding House Democrats’ new bill as a crucial step in the right direction, Stephanie Kurose of the Center for Biological Diversity (CBD) said that “the president has many tools at his disposal to halt the extinction crisis, but he needs to use them.”

“The extinction crisis is a real threat to our well-being and even our survival, and Rep. Newman’s legislation provides the right road map of powerful actions needed to stop the heartbreaking decline of animals and plants,” said Kurose. “Declaring the extinction crisis to be a national emergency would unlock key presidential powers that will halt the unraveling of the planet’s life-support systems, including pollination, air purification, and disease regulation.”

In a report last year titled Saving Life on Earth: A Plan to Halt the Global Extinction Crisis (pdf), CBD put a national emergency declaration at the top of a list of 10 actions the U.S. president can take to protect wildlife. According to CBD, roughly 650 U.S. plant and animal species have been lost to extinction.

“Declaring a national emergency,” the report notes, “would compel all federal agencies to stop ignoring the impacts to the environment that their actions continue to inflict upon the world and would allow the United States to use its economic influence to address everything from deforestation in the tropics and pollution disproportionately affecting disadvantaged communities in the United States to fighting illegal wildlife trade that is sanctioned by governments and corporations.”