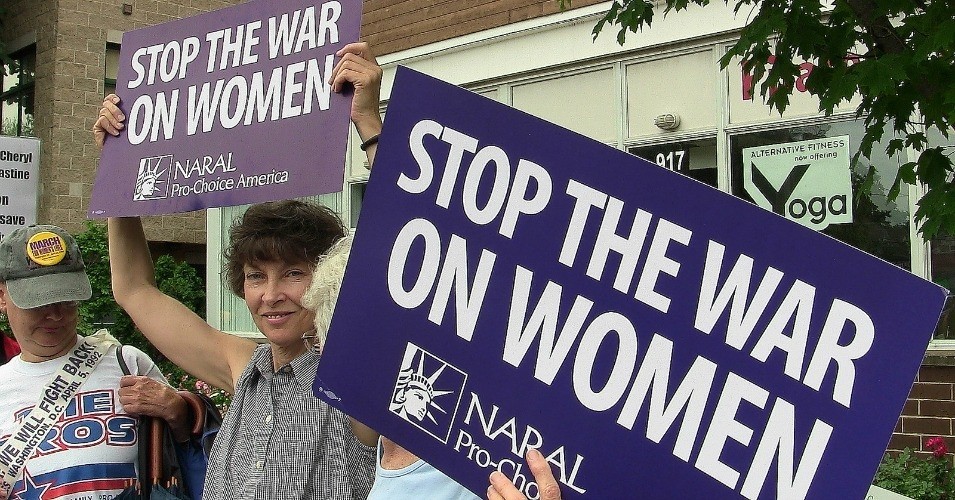 Chelsea Cheyenne Becker was arrested and charged on Wednesday with murder in Hanford, California and held on $5 million bail, several weeks after giving birth to a stillborn baby. The baby was found to have toxic levels of methamphetamine in his system, suggesting to investigators that Becker had used the drug throughout her pregnancy.

Becker has reportedly struggled long-term with substance addiction; her three living children were born with meth in their systems and are in the custody of adoptive parents and family members.

As Hannah Gold wrote at The Cut, “murder charges are not an unfortunate but natural outcome of becoming pregnant while dealing with substance-abuse issues”:

As reproductive-justice advocates argue, cases like this are part of a burgeoning, disturbing pattern, in which the rights of pregnant women are directly pitted against those of the “unborn child,” a term that encompasses fertilized eggs, embryos, and fetuses. It’s a direct result of the so-called “fetal personhood” movement, which seeks to legally redefine a fetus as a person as a means of overturning Roe v. Wade.

While Becker’s case seems complicated, most experts agree that overzealous punishment of pregnant women with substance-abuse issues does far more harm than good.

Becker’s charges come five months after an Alabama woman, Marshae Jones, was charged with manslaughter for miscarrying a pregnancy after she was shot. Authorities accused her of starting a fight with the person who shot her. Outraged reproductive rights advocates linked Jones’s arrest to state Republicans’ embrace of the “fetal personhood” movement and Alabama’s extreme abortion ban.

Amnesty International published a report in 2017 condemning laws that criminalize women who abuse substances during pregnancy, saying such measures, which have been passed in recent years in states including Tennessee and Alabama, prevent women with abuse disorders from seeking prenatal care and drug treatment.

Those laws, Amnesty wrote, “claim to promote maternal and infant health [but] are in fact driving pregnant women away from vital health services, jeopardizing their well-being and violating their right to health.”

“Drug dependence is a health condition but U.S. authorities are treating it as a crime, failing to ensure treatment is available for pregnant women and then punishing them for their ongoing condition,” the group added. “These harsh and discriminatory laws are making pregnancy more dangerous and trampling on human rights in the process.”

The U.K.-based British Pregnancy Advisory Service wrote Thursday that criminalizing pregnant women’s behavior “will never improve outcomes for either mothers or their children.”

A US woman addicted to meth is arrested for murder after her baby was stillborn.

The criminalisation of women for their behaviour in pregnancy, a crime only a woman can ever be accused of, will never improve outcomes for either mothers or their children. https://t.co/fFVc3h8VC8

Alabama’s so-called “chemical endangerment law” has been linked to the arrests of more than 400 pregnant women since it was passed in 2006. ProPublica reported in 2015 on an Alabama woman who gave birth to a healthy baby, but was visited by a child welfare agency and then arrested after telling her doctor that she had taken a single Valium pill late in her pregnancy.

Calls to offer Becker and other pregnant patients with substance addictions the healthcare that they need came from NARAL, the Abortion Care Network, and Dr. Jenn Conti of Physicians for Reproductive Rights.

A woman in California has been arrested and charged with murder for experiencing a stillbirth. Pregnant people being criminalized and thrown in jail because of their pregnancy outcomes is not just a warning for the future: It’s already here. https://t.co/16ALm3uZpZ

I really didn’t set out to make today a Gilead centric day, but WTF California?? She needs help not prison time. – Woman Charged With Murder After Delivering Stillbirth https://t.co/d0bSeBhi69

“Charging someone with murder for a stillbirth, under any circumstance, is dystopian,” tweeted Callie Beusman, an editor at The Cut. “Pregnant people with substance abuse issues need support and services; incarceration is not the answer.”