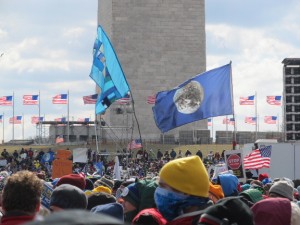 Photo By Rrenner (Own work) [CC-BY-SA-3.0], via Wikimedia Commons

Keystone XL will spark debate regardless of where it is brought up. The facts are confusing, the “scientific” data is questionable and the industry seems recalcitrant toward developing disaster prevention and cleanup.

News report show rights of landowners, indigenous peoples and smaller corporations being tossed under the wheels of profit-driven plans that disregard environmental, global warming, empirical science, ethical and sustainability concerns. In fact, most Americans have already made up their minds about how they feel, so to attempt persuasion at this point seems redundant at best.

Some time between now and March 7, 2014, it is your responsibility as an American citizen to express to the State Department your comments regarding the Keystone XL Pipeline. If you care significantly about this issue, this is your chance to voice that opinion. Do this before signing more petitions, going to more rallies, writing more letters to editors or representatives in Washington or complaining to coworkers.

All the official reports can be found here: State Department Keystone XL Pipeline

Comments are not private and will be made public. Comments can only be submitted
via regulations.gov and by mail to the address indicated above.