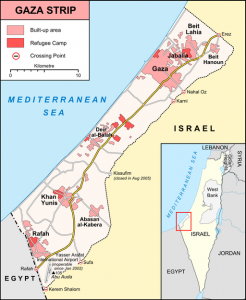 In yesterday’s post, we blasted Congress, and particularly the House of Representatives, for not being able to get things done. Well, before they went on vacation, they managed to pass a few things through both houses, including a long overdue VA bill and a highway funding bill. They also passed a $225 million emergency aid bill to Israel to replenish their Iron Dome missile system.

The bill had almost unanimous support; the vote was 395-8 in the House, and a unanimous vote in the Senate. While it’s nice to see Congress actually working in a bipartisan manner, we have serious objections to the message that this sends to our citizens and the rest of the world.

First of all, what does it say about America when we can approve sending a quarter billion dollars to another country on a moment’s notice, yet can’t seem to spare the money to help the long term unemployed? The unemployment extension was originally going to be an amendment to the Highway Trust Fund, but Senate Majority Leader Harry Reid pulled it from the bill, citing worries that it wouldn’t pass with the amendment.

Then, there’s the optics. While we agree that Israel has the right to defend itself, its actions in Gaza are anything but self defense. According to Palestinian officials on Thursday, more than 1,400 people have died and 8,200 have been injured in the last four weeks, the vast majority of the casualties being civilians. Valerie Amos, the UN’s emergency relief coordinator, said in a security council meeting that the world watched “in horror the desperation of children and civilians that have come under attack.”

Occupy World Writes is horrified by the situation in Gaza. We call for an immediate cease fire; one that lasts longer than the 90 minutes that the one agreed to this week lasted. We feel that by its actions in Gaza, Israel’s perpetuating the same atrocities that were practiced on them during World War II, and we call on the international community to stand with the innocent civilians who are being bearing the brunt of the attacks.