The world’s conflicts seem overwhelming, and the suffering and oppression of millions of people continue across the globe. If it were not for non-governmental organizations, many people would die from hunger, thirst, natural elements and caught in conflicts they would be unable to escape. These organizations are comprised of volunteers and people who have dedicated their lives to saving others. To many, there is no more a noble mission in life.

There are currently 100 NGO’s working within Egypt, according to WANGO (World Association of Non-Governmental Organizations). What happens if a nation’s government decides these types of organizations need to be controlled? A recent report out of Egypt shows how these organizations can not operate without risk and the sufferers are the people they are there to assist. 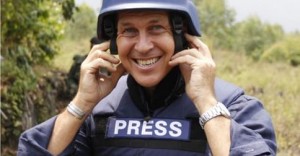 We examined several news stories surrounding this issue, and most appreciated the coverage by Salma Khitab in Alakhbar English on Tuesday, November 11, 2014. The following excerpts depict the struggles these organizations encounter just to be able to help those in need.

An uncertain future awaits the Egyptian NGOs that did not register at the Ministry of Social Solidarity within the deadline announced by Minister Ghada Wali, which ended on November 10.

Cairo – In statements to the press, Wali indicated that nine foreign and eight Egyptian organizations responded to the ministry’s request and their situation was regulated by Law 84/2002. She added that she will communicate with the various entities to review their legal situation, based on the laws that govern their work and activities. Each case will be treated separately within the limits of the law. She will also address which sides those entities belong to.

The minister stressed that the government did not intend to exclude any civil society organization serving Egyptian society in a transparent and law-abiding manner.

However, several of those organizations refused to register at the ministry in accordance with the aforementioned law, including seven organizations, which announced their boycott of the Universal Periodic Review of the human rights situation in Egypt at the United Nations. Their move was justified by what they termed as “threats to human rights organizations.”

This is in addition to the several organizations that decided to terminate their activities and withdrew from Egypt prior to the deadline, due to fears of movement restrictions and imprisonment of its members due to the same law. The two most prominent organizations suspending their activities in the country were al-Mawred al-Thaqafy (Culture Resource) and the Arab Penal Reform Organization.

The report described Law 84 of 2002 regulating the work of NGOs as repressive and “highly restrictive” of civil society, since it stipulates mandatory registration for organizations and imprisons those working outside its framework. It also provides the government with broad powers to refuse the registration of NGOs, based on loose and irregular standards. In addition, the law restricts the rights of organizations to join or become members in organizations outside Egypt.

“The law blatantly interferes in the privacy of associations and seeks to keep them under tight administrative surveillance and control, including by restricting the freedom of associations to form boards of directors, set dates of board meetings, and determine the quorum needed to convene meetings and validate board decisions. The law also authorizes the competent minister to dissolve boards of directors,” the report added.

“The law grants the relevant minister the right to dissolve associations for vague reasons, such as for ‘undermining public order or ethics’ or the association’s ‘inability to fulfill its objectives.’ The association may also be dissolved for receiving funding from abroad without obtaining prior approval or for participating with foreign organizations or networks without the consent of the administrative authority,” it continued.

The Arab Network for Human Rights Information (ANHRI) is one of the organizations that rejected the deadline imposed by the minister, which was described as a “police measure” by its director and lawyer Gamal Eid. According to the constitution, the registration of civil associations occurs through a notification. The social solidarity minister “wants these organizations to apply for permits,” Eid declared.

Speaking to Al-Akhbar, Eid said his organization abides by the text of the constitution, which stipulates that the creation of associations and the facilitation of their work is through notification. “[ANHRI] is still negotiating whether to send a notification to the Social Solidarity Ministry. However, we will not accept the police law under the pretext of state security.” 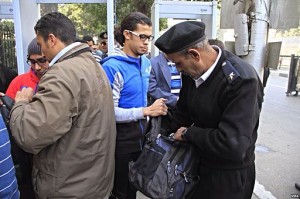 Eid believed the Social Solidarity Ministry took security measures to filter the organizations or tame them, as a punishment for their role in uncovering the various violations by the government and security forces since before the revolution.

“Actually, negotiations took place with some organizations for the purpose of collusion,” Eid revealed. “But ANHRI prefers to be shut down, rather than become a collaborating organization controlled by the security forces.

ANHRI is a network between Egyptian and Arab organizations and publishes all its human rights information online in Arabic. “We work as a group of lawyers according to the law governing the legal profession and we do not receive any funding. However, we have contacts with serious legal entities, which do not include the US and British governments, and the names of those sides are announced in our publications.”

A group of 11 prominent US figures sent a letter to President Barack Obama urging him to “engage preventively and use all available means to make clear to President al-Sisi that there will be serious consequences if there is a further crackdown on NGOs.”

“[The] Law on Associations empowers the government to shut down any group virtually at will, freeze its assets, confiscate its property, reject nominees to its governing board, block its funding, and deny requests to affiliate with international organizations,” the statement read. It added that “registration is often not granted to any organization viewed as critical of the government.