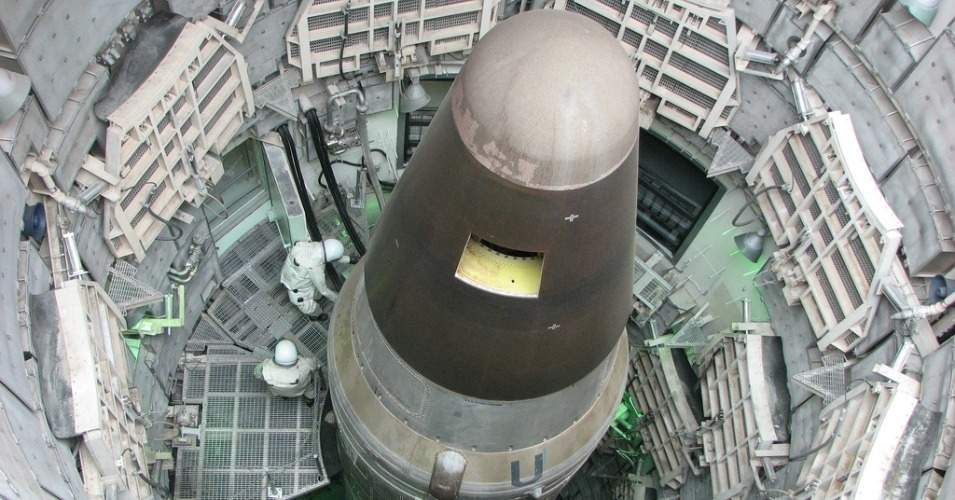 Given Trump’s expressed affinity for America’s nuclear arsenal, it is not entirely surprising that his administration’s security strategy would place it at the center of attention. (Photo: Devin/Flickr/cc)

Viewed by critics as further evidence that President Donald Trump is “obsessed with nuclear weapons and creating the conditions for nuclear war,” the White House’s newly unveiled National Security Strategy (NSS) lionizes America’s nukes as the “foundation” of its security policy and suggests they could be deployed even in the case of non-nuclear threats.

The policy statement goes on to lament the decline of “investments in our nuclear enterprise” and the “reduced…role of nuclear weapons” following the end of the Cold War and argued that “significant investment is needed to maintain a U.S. nuclear arsenal and infrastructure that is able to meet national security threats over the coming decades.”

Commenting on the Trump NSS in an interview with the Guardian the director of the nuclear information project at the Federation of American Scientists, Hans Kristensen, noted that Trump’s “broadening of the nuclear weapons mission against non-nuclear attacks” represents a departure from the stated policies of previous administrations and concluded that it raises a monumental question: “are we creating more pathways to potential nuclear war?”

Trump’s NSS was released as tensions between the U.S. and North Korea continue to soar. As Common Dreams reported earlier this month, the U.S. flew a B-1B supersonic bomber over the Korean Peninsula as part of war exercises that North Korea denounced as a simulation of “all-out war.”

Given Trump’s expressed affinity for America’s nuclear arsenal, it is not entirely surprising that his administration’s security strategy would place it at the center of attention.

NBC reported in October that Trump surprised even military leaders during a meeting over the summer by calling for “what amounted to a nearly tenfold increase in the U.S. nuclear arsenal.” Trump later denied requesting such a build-up.

In the face of Trump’s erratic behavior and his propensity for floating threats of “fire and fury” against official adversaries, members of Congress last month held the first hearing in decades on the president’s authority to launch nuclear weapons.

“There may be plans in place, right now, at the White House, to launch a preemptive war with North Korea using nuclear weapons—without consulting Congress,” warned Sen. Ed Markey (D-Mass.). “No one human being should ever have the power.”