In past years, the president has argued that the responsibility to keep the government running lies with the White House 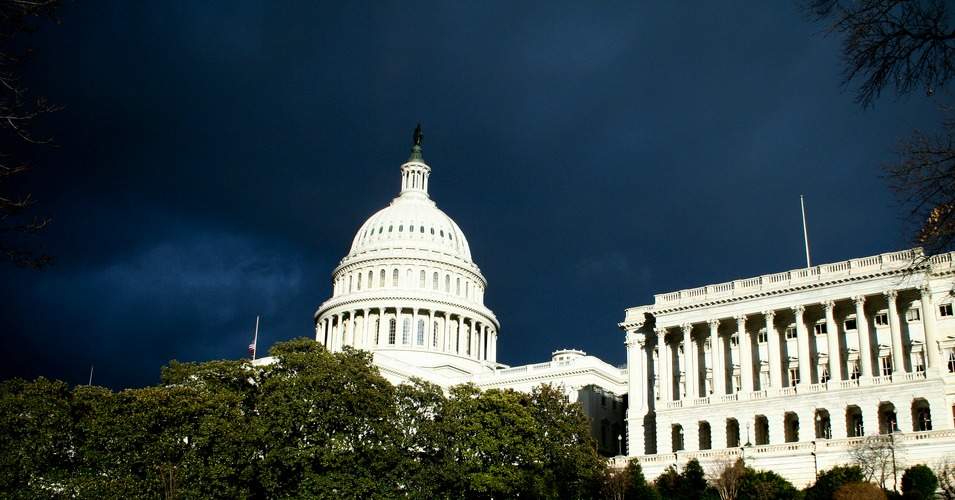 Lawmakers were struggling Friday to reach an agreement to keep the government funded ahead of a midnight deadline. (Photo: Mish Sukharev/Flickr/cc)

As President Donald Trump and members of Congress point fingers, blaming opposing political parties for a potential government shutdown, the public has spoken. A Washington Post/ABC poll finds that a most Americans would blame Republicans and the president should Congress fail to reach an agreement to keep the government funded by midnight on Friday.

Democrats and Trump critics including Sen. Elizabeth Warren (D-Mass.) have argued this week that with the Republicans in control of both houses of Congress and the White House, they are responsible for keeping the government running.

The GOP controls every branch of govt. I repeat: They control the WH & Congress. They’ve lurched from crisis to crisis for months w/o funding disaster recovery, health centers or children’s health care. All while Dreamers hang in the balance. This is no way to govern.

The GOP’s position of power requires them to negotiate with Democrats to reach a deal that would protect undocumented immigrants living under the Deferred Action for Childhood Arrivals program (DACA)—which has the support of nine in 10 Americans—before the Democrats will agree to a funding deal.

Senate Democrats also noted that in 2013 when the government shut down for more than two weeks, keeping 850,000 federal employees out of work temporarily, Trump made clear who he believed was responsible.

.@realDonaldTrump should heed his own words:
“if there is a shutdown I think it would be a tremendously negative mark on the president of the United States. He’s the one that has to get people together.” #TrumpShutdown pic.twitter.com/pqbGAQf1Tx

This work is licensed under a Creative Commons Attribution-Share Alike 3.0 License
Editors’ note: If you’re wondering what actually happens during a shutdown, this article should help answer your questions.