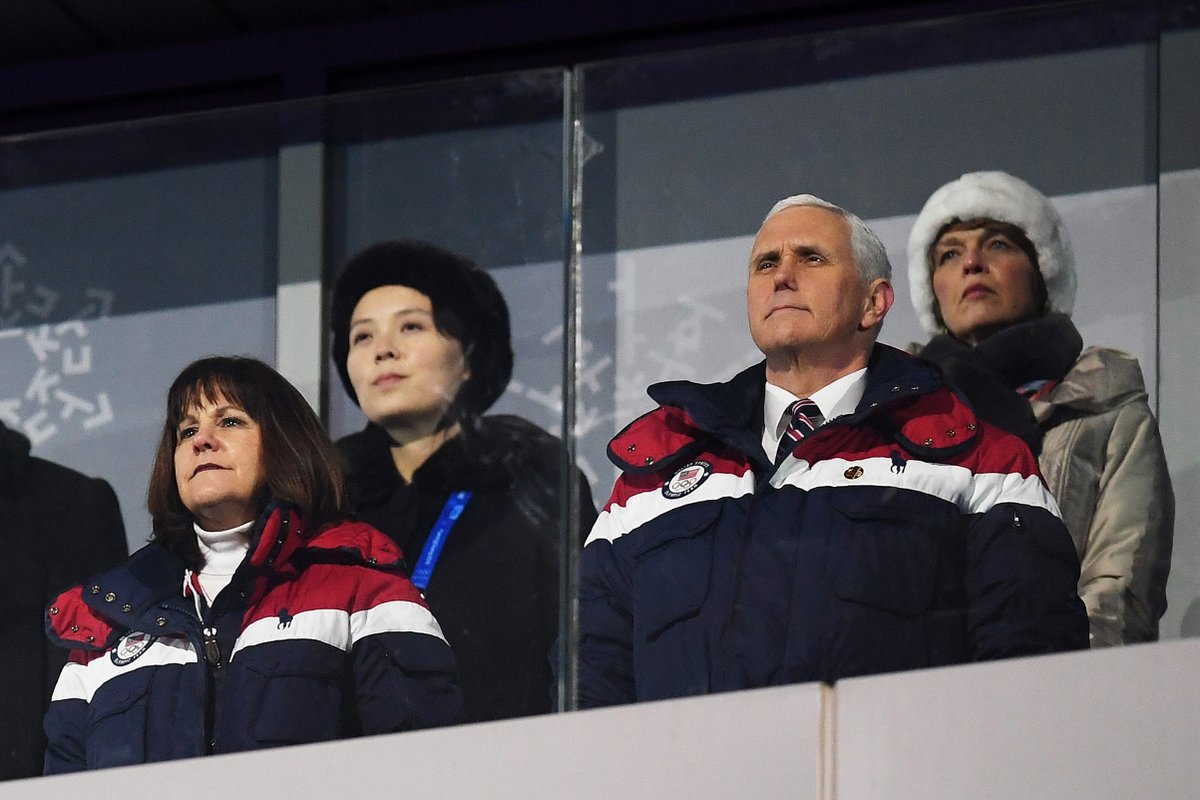 Mike Pence says North Korea’s goose-stepping military parade on eve of the Olympics was part of effort to “display a military that continues to make menacing threats across the region and across the wider world.” https://t.co/rgalC4ADI9 pic.twitter.com/NGb9ag3JSx

“Make no mistake about it, what we witnessed in Pyongyang…was once again an effort on the part of the regime in Pyongyang to display their ballistic missiles, to display a military that continues to make menacing threats across the region and across the wider world,” said Pence.

This is why Pence will be no upgrade on Trump. He can utter the rankest hypocrisy while freezing his face in a mask of fake sincerity. https://t.co/p9215PwICP

In a poll taken by the Military Times on Thursday, 89 percent of those surveyed reported that staging a military parade, like the one Trump reportedly admired last summer in Paris, would be a waste of money and resources.

Despite Pence’s insistence that North Korea’s parade was a display of the potential chaos the isolated country could unleash on the rest of the world, Kim’s military is a fraction of the size of that of the U.S.

Peace activists are far more concerned with the damage that could be done by the Trump administration’s provocations, including during the Pyeongchang Winter Olympic Games.

The Nuclear Age Peace Foundation sent a letter to Defense Secretary John Mattis on Friday asking him to observe the Olympic truce that goes until March 25 by postponing any missile tests that have been scheduled during the games.

“If North Korea were to test an ICBM during the Olympics, many nations, including the United States, would view the act as provocative and threatening,” the letter stated. “One does not have to stretch the imagination too far to guess how North Korea might react to our testing of ICBMs during the same period.”

This work is licensed under a Creative Commons Attribution-Share Alike 3.0 License
Editors’ note: Remember when Mike Pence walked out of a stadium over people kneeling for the national anthem? We guess that showing respect’s only applicable when it’s about America.