“Great summary of Trump’s many farcical ‘drain the swamp’ betrayals.” 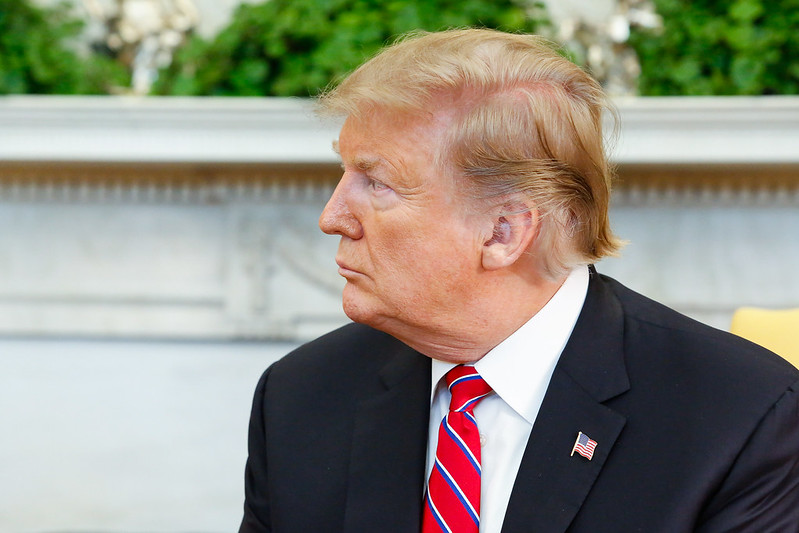 Making one final mockery of his 2016 campaign promise to “drain the swamp,” President Donald Trump early Wednesday quietly revoked his own executive order barring administration officials from lobbying the agencies for which they worked for five years after leaving government, freeing up a potential line of employment for outgoing White House staff.

While riddled with loopholes and deficiencies, the executive order represented one of the few concrete actions Trump took during his four years in office to rein in the corruption that has long been a hallmark of the U.S. federal government. On the whole, Trump contributed massively to that corruption during his tenure, which one watchdog group argues was “marked by self-interest, profiteering at the highest levels, and more than 3,700 conflicts of interest.”

Shortly after 1:00 am on Wednesday, following the president’s last-minute flurry of pardons and commutations for well-connected political cronies, the White House issued notice of the revocation of Trump’s January 2017 executive order without offering an explanation for the move.

“Great summary of Trump’s many farcical ‘drain the swamp’ betrayals,” said Norm Eisen, a senior fellow at the Brookings Institution. “His ethics EO was already garbage. Now he’s throwing even that out. The net result: his officials can now sell their services to foreign governments. That’s flooding the swamp, not draining it.”

A fitting end to the Trump administration, which was one giant ethics violation from start to finish. https://t.co/wvAO3YEejS

As Politico reported Wednesday morning, “When Trump signed his executive order with great fanfare in 2017, he joked that some of his aides would ‘not be able to go to work’ after leaving his administration.”

“But the reversal of Trump’s executive order on the final day in office would appear to give some of his staff relief after appointees have had difficulty finding jobs in a Democratic-controlled capital,” Politico noted.

Shortly after taking office on Wednesday, President-elect Joe Biden is expected to institute a number of new ethics rules restricting lobbying by former federal officials and barring appointees from accepting “golden parachutes” from their previous employers before joining government.

Lisa Gilbert, executive vice president of advocacy group Public Citizen, said in a statement Tuesday that “if the plan is as currently being reported, this policy goes further than we have ever seen in a presidential ethics plan.”

“It will crackdown on shadow lobbying jobs, end golden parachutes intended to seat corporate insiders in government, and halt the rapidly spinning revolving door,” Gilbert added. “Boldness is needed in this moment to restore the people’s faith in government and this policy takes a critical step in the right direction.”