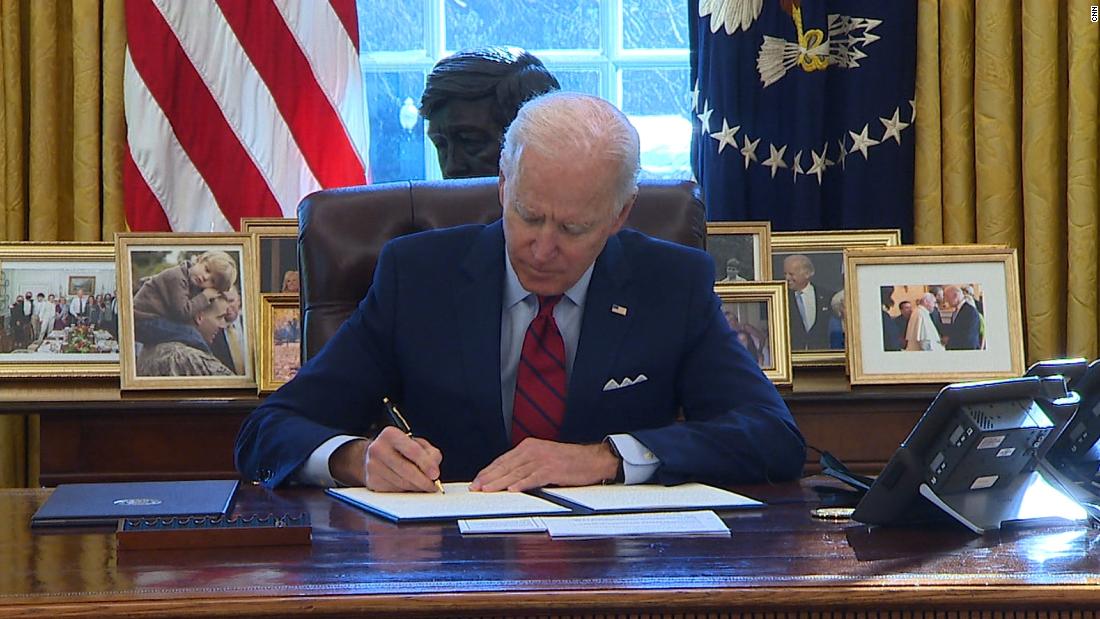 “The announcement from the Centers for Medicare & Medicaid Services, delivered in a 79-page letter to Georgia’s health agency, also reversed a federal waiver allowing the state to charge premiums for the health insurance program for the poor,” according to the New York Times.

Georgia had not yet imposed the proposed work requirements—which limited Medicaid eligibility to those who work at least 80 hours a month—but it could have started the restrictions as early as next week, according to correspondence between the state and federal health agencies.

The premiums that Georgia proposed had also not been enacted. The Medicaid agency said that it was revoking the authority to charge the premiums because those fees “can present a barrier to coverage” and worsen healthcare inequality.

Biden’s move dealt “a critical blow to the already reeling effort to attach work requirements to Medicaid,” the newspaper noted. “The movement by more than a dozen states managed in practice to enact work requirements in only a few—and only for a short time—as it faced court setbacks, a pandemic, and a new administration that has steadily dismantled such initiatives.”

A huge deal: Biden just reversed the Medicaid work requirement in Georgia. By ending work requirements in many states, Biden is erasing one of Trump’s cruelest legacies — even as the ACA Trump tried to destroy is expanding.

In 2018, Seema Verma, then-director of the Centers for Medicare & Medicaid Services under former President Donald Trump, issued guidance allowing states to apply for a waiver to significantly alter eligibility requirements for Medicaid, a Great Society-era program on which 76 million low-income adults, people with disabilities, and children rely for health insurance.

Nearly 20 Republican-led states quickly jumped at the opportunity to take healthcare away from poor and vulnerable Americans, and the Trump administration ultimately approved policies to deny Medicaid coverage to people who didn’t comply with strict work requirements in 13 states.

The Biden White House in February invalidated the previous administration’s guidance allowing states to apply for Medicaid eligibility restriction waivers and notified states that had already been given permission to impose work requirements that the policies would soon be reversed due to the detrimental impact of coverage loss on Medicaid recipients, particularly during the Covid-19 pandemic, as Common Dreams reported at the time.

After the Biden administration in March told Medicaid officials in New Hampshire and Arkansas—which was the first and only state to fully implement Medicaid work requirements, taking healthcare away from at least 18,000 people over a period of several months in 2018—that approval for such policies had been revoked, progressives urged the White House to forge ahead with its plan to withdraw all remaining Medicaid work requirements nationwide, which it has done.

“This is a genuine achievement, in both symbolic and practical terms,” Sargent and Paul Waldman wrote Friday of Biden’s successful neutering of Trump’s signature attack on healthcare.

Biden’s rejection of Georgia’s proposal “was effectively the last nail in the coffin of Trump’s zombie attempt to make Medicaid more cumbersome and bureaucratic, in hopes of knocking as many people off health coverage as possible,” argued the pair.

According to Sargent and Waldman:

Trump’s effort to impose Medicaid work requirements was part of a much larger campaign to undermine and roll back our country’s fitful advance toward universal healthcare. This constituted an even broader legacy of cruelty, and arguably outright betrayal.

That’s because Trump campaigned in 2016 as a corrective to Paul Ryan-style Republicans who had treated destroying the social safety net as a quasi-religious calling. Trump vowed that “everybody’s got to be covered,” and insisted no one would die on the street, uninsured.

Once in office, however, “Trump embraced GOP anti-safety-net zealotry by going all in on the Republican effort to destroy the Affordable Care Act,” they continued. “That culminated in the 2017 repeal attempt, which fortunately failed. Stymied in that effort, which would have taken coverage away from millions on the ACA’s Medicaid expansion, Trump sought to weaken the safety net via other administrative means, such as these Medicaid work requirements.”

“And so, in erasing those requirements,” Sargent and Waldman added, “Biden is also erasing a larger hangover of Trumpian cruelty.”

Sargent and Waldman noted that “the same ACA that Trump tried to destroy is expanding” because the American Rescue Plan signed by Biden in March enhanced ACA subsidies and widened eligibility for them. However, they pointed out, “the ACA expansion in the rescue package expires at the end of next year.”

“If Democrats aren’t able to extend it, millions of people will get notice of huge premium increases right before the midterm election,” Larry Levitt, executive vice president for health policy at the Kaiser Family Foundation, told Sargent and Waldman.