“It’s past time that this misguided action by the Trump administration is overturned,” said one environmental campaigner. 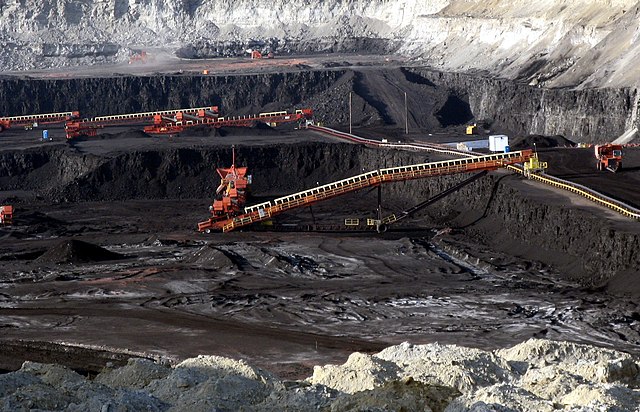 Climate and Indigenous activists on Friday applauded the reinstatement of an Obama-era moratorium prohibiting new coal leases on all public lands until after the completion of a thorough environmental review.

“It’s past time that this misguided action by the Trump administration is overturned,” Anne Hedges of the Montana Environmental Information Center said in a statement.

“The coal leasing program on public lands is harmful to wildlife, waterways, our fragile climate, and taxpayers’ pocketbooks,” she continued, also urging action by the Biden administration.

“There’s no excuse for how long it has taken to require the administration to follow the law and protect public resources,” Hedges added. “This administration needs to act quickly and protect the climate from its deeply flawed coal leasing program.”

In 2019, Morris—an appointee of former President Barack Obama—ruled in favor of a coalition of tribal and environmental groups and ordered a fresh environmental analysis under the National Environmental Policy Act (NEPA). The groups sued again in 2020 after finding the review insufficient.

President Joe Biden angered environmentalists for refusing to immediately reinstate the coal leasing moratorium, and for approving fossil fuel drilling permits on public and tribal lands at a faster rate than Trump or Obama.

Morris’ new ruling states that the BLM’s NEPA analysis “should have considered the effect of restarting coal leasing from a forward-looking perspective, including connected actions.”

“The ‘status quo’ that existed before the Zinke order was a moratorium on coal leasing,” Morris added, “because the baseline alternative must consider the status quo, BLM was required to begin its analysis from that point.”

Other activists from groups that are plaintiffs in the case also cheered Morris’ ruling.

“This order marks a big win for our public lands and climate future,” Taylor McKinnon at the Center for Biological Diversity (CBD) said in a statement. “Federal coal isn’t compatible with preserving a livable climate. The Biden administration must now undertake a full environmental review to bring the federal coal program to an orderly end.”

Serena Wetherelt, president of the Northern Cheyenne Tribe, said that her people “fought and sacrificed to protect our homelands for generations, and our lands and waters mean everything to us.”

“We are thrilled that the court is requiring what we have always asked for: serious consideration of the impacts of the federal coal leasing program on the tribe and our way of life,” she continued.

Wetherelt added that her group hopes Biden and Interior Secretary Deb Haaland “fulfill their trust obligation to take a hard look at the overall energy program on federal lands, and really consider how to make it best serve the tribe, taxpayers, and the climate.”

Jeremy Nichols, climate and energy program director WildEarth Guardians, asserted that “to protect our climate, we have to start keeping coal in the ground.”

“Today’s ruling is a major step forward in that direction and ensures the Biden administration stays on track to fulfill its promise to end federal fossil fuel leasing,” he added.

In other environmental news Friday, conservation groups and the BLM finalized an agreement to block new oil and gas leases across 2.2 million acres of southwestern Colorado until the agency supplements its environmental review and publishes an updated plan for area lands.

“Any fossil fuel expansion is flatly incompatible with avoiding climate catastrophes and preserving a livable world,” CBD’s McKinnon—a plaintiff both in the Colorado fossil fuel and national coal lease cases—said in a statement, adding that “the Biden administration must end new leasing here, once and for all.”