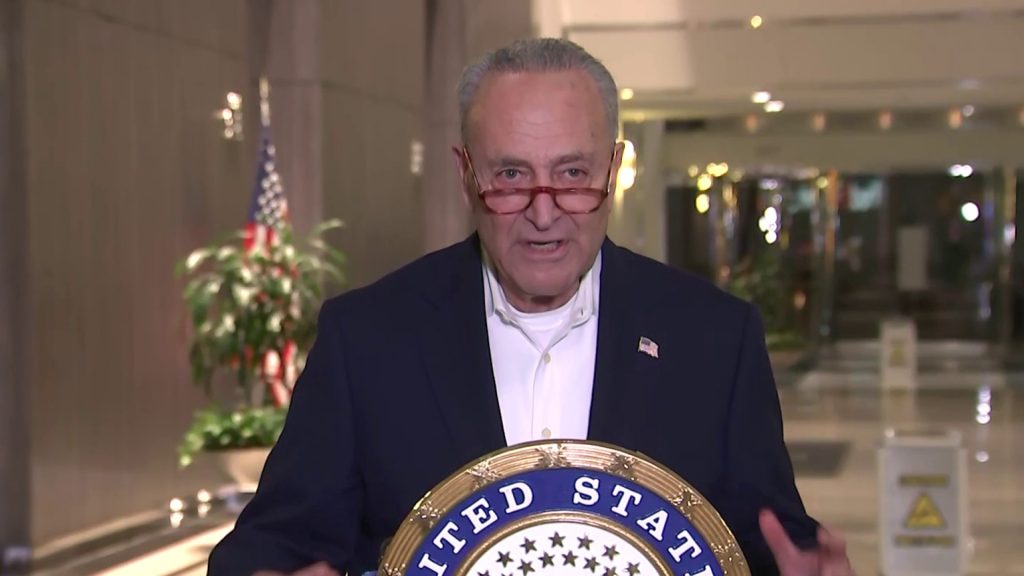 While the White House said Tuesday that President Joe Biden will veto the resolution if it passes the House and reaches his desk, the Senate vote sparked outrage among public health experts and others who stressed the far-reaching implications of the resolution.

“This is appalling,” tweeted Dr. Lucky Tran, a scientist and public health advocate. “This will affect the cost of vaccines, tests, and treatments, restrict access to Medicaid and telehealth, and restart student loan payments.”

“Ending the Covid-19 Emergency Declaration will be disastrous for millions of Americans who are struggling to access healthcare, make rent, and pay off their student loans,” Tran added.

Every Senate Republican with the exception of Sen. Ben Sasse (R-Neb.)—who did not vote—also backed the resolution, which was put forth by Sen. Roger Marshall (R-Kan.).

To the 13 Dems who joined Republicans on this…we see you. pic.twitter.com/ZRWN0icoB6

In a statement on Tuesday, the White House Office of Management and Budget (OMB) warned that enactment of the resolution would “unnecessarily and abruptly curtail the ability of the administration to respond to Covid-19.”

“Preserving our ability to respond is more important than ever as we head into the winter, when respiratory illnesses such as Covid-19 typically spread more easily,” the OMB said. “Strengthened by the ongoing declaration of national emergency, the federal response to Covid-19 continues to save lives, improve health outcomes, and support the American economy. Action by Congress to end these authorities abruptly and prematurely would be a reckless and costly mistake.”

“If Congress passes this resolution,” the agency added, “the president will veto it.”

The Families First Coronavirus Response Act, a measure that Congress approved in 2020, loosened Medicaid eligibility requirements and restricted states from removing people from the program for the duration of the national emergency, which is currently set to expire in January.

The legislation’s continuous coverage mandate allowed millions of people to obtain and keep health insurance as the pandemic wreaked havoc on the economy, throwing people out of work and off their employer-sponsored plans.

Advocates have also warned that millions of people across the U.S. could see their food benefits cut substantially once the Covid-19 emergency declaration ends.

“The U.S. must be ready to ensure that it does not jeopardize the health and food needs of households across the country,” a trio of experts wrote in a STAT op-ed last month. “Urgent action by healthcare systems, community organizations, and all levels of government will be necessary to stabilize health and food security among those at greatest risk.”

“While vaccines and treatments lessen the life-altering threat of Covid-19,” they added, “it is important not to lose sight of the imminent danger to health posed by the expiration of effective expansions of Medicaid and SNAP.”