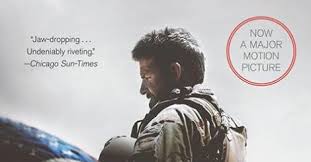 Perhaps this sordid slice of our turbulent reality is propelling Americans in record-setting numbers to Hollywood’s latest blockbuster, American Sniper, a biopic celebrating the life and exploits of Chris Kyle, the most lethal sharpshooter in the history of American military. END_OF_DOCUMENT_TOKEN_TO_BE_REPLACED