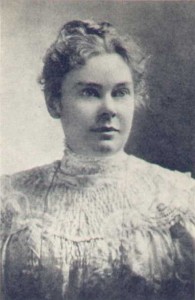 Fall River, Mass, 1892: On August 4th, reports of bodies and killings at the Borden home shocked the small community as the news of suspected Lizzie Borden began to circulate. A crime that was sensationalized swept across the nation as speculation surrounding Lizzie’s guilt or innocence were tried in every venue except an actual courtroom.

On Monday, August 4th of 2014, people are still talking about Lizzie Borden and whether or not she wielded a hatchet that hit her father with 11 blows, to be followed with an attack on her stepmother involving 19 hatchet strikes. In 2014, the owner of the Lizzie Borden Bed & Breakfast sells out tickets for 8 shows involving 17 actors from a local theater company to re-enact the grizzly 1892 slayings.

“They make their own assumptions as to whether Lizzie could have wielded a hatchet 11 and 19 times … or if the Sunday school teacher is innocent, just as her peers did at the time.
Once again, the Pear Essential Players will put on the annual re-enactment on the anniversary of the killings, this year on Monday, Aug. 4.

According to a report from The Herald, a local newspaper; The current CSI script, written by Shelley Dziedzic, is tweaked a bit each year. The cast, 17 in all, changes regularly, too. Dziedzic has written several scripts and is planning on a whole new script for next year.”

Lizzie Borden was acquitted during her trial. She remained in Fall River until her death at the age of 66, on June 1in 1927.

Why are we talking about this? Because we find it reprehensible that 122 years after the crime, people today are still using the tragedy of the Borden family to pocket profits for greed. There is no longer any benefit other than the preservation of the macabre that would inspire anyone in this day and age to continue this behavior.

Is it not time for us to grow up and let the Bordens rest in peace?