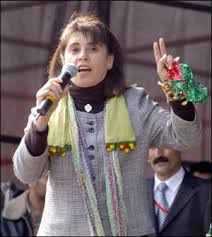 Saturday, March 8, 2014 is International Women’s Day. This year’s theme is “Inspiring Change” and will be recognized around the world as women gather in discussion, workshops, rallies and through outreach programs to not only celebrate the achievements of women in the past, but to also encourage future endeavors and accomplishments.

Women have inspired change throughout history. We have stepped onto the stage of world leaders, we manage some of the world’s largest corporations, we hold positions of influence within our communities. We are the givers of life and represent the largest demographic gender on the planet.

Despite our accomplishments, achievements and celebrations, women are not safe anywhere in the world. We are assaulted, abused, raped, sold and owned by our oppressors. In many parts of the world, we still can not own property, retain our own assets, control our own bodies or even choose who we marry. Some cultures still practice female genitalia mutilation and even more punish victims for reporting crimes against them. 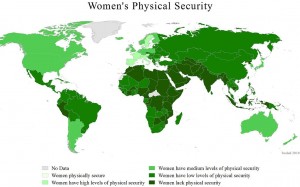 Stand with us on International Women’s Day by honoring an Inspiring Woman in your life. Follow through by voting for representatives that understand women’s issues rather than those who would exclude them from the conversation. And, PLEASE share your story of what you did on this day to recognize the event. We are especially interested in seeing your pictures. My tribute follows:

Leyla Zana was born in Silvan, Diyarbakır Province, in the southeast of Turkey. She married Mehdi Zana in 1975. They moved to Diyarbakir in 1976, and Mehdi was elected Mayor in 1977. The 1980 military coup in Turkey brought about a new wave of oppression against the Kurds, and Mehdi Zana was among thousands of activists who were arrested and imprisoned in the name of national security and democracy.

Following her husband from prison to prison across Turkey and as the number of political prisoners grew in Turkey, Leyla became more involved in the plight of women whose husbands were abducted and imprisoned by the military regime. Eventually, she assumed an unsolicited leadership role. Her personal development was virtually synonymous with the development of the Kurdish liberation struggle, and this culminated in her candidacy for Parliament in the 1991 elections in Turkey. An extremely popular candidate, Leyla received 84 percent of the votes in her district of Diyarbakir. She was the first Kurdish woman to be elected to the Turkish Parliament. 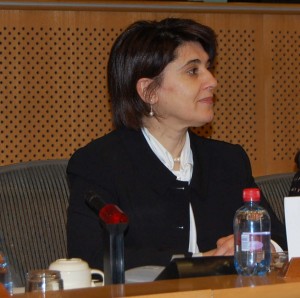 In March 1994 Leyla and three of her colleagues, all Kurdish members of the Parliament, were stripped of their Parliamentary immunity and arrested. Charges of separatism and illegal activities were brought against the four for publicly advocating peaceful coexistence between the Turkish and Kurdish peoples. Expression of Kurdish identity in Parliament and even the color of their clothes were used as evidence against them.

They were sentenced to 10 years in prison. Following their release, Leyla has been the target of repeated arrests and attempts to silence her through imprisonment. She currently serves after being re-elected to Parliament in the June, 2011 election.

She was awarded the 1995 Sakharov Prize by the European Parliament, but was unable to collect it until her release in 2004. She was also awarded the Rafto Prize in 1994 after being recognized by the Rafto Foundation for being incarcerated for her peaceful struggle for the human rights of the Kurdish people in Turkey and the neighboring countries. She has also been nominated for the Nobel Peace Prize three times.