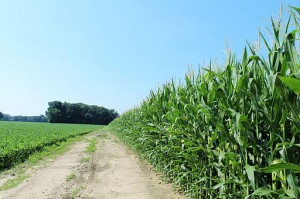 Over a million individual farmers, growers and organic agriculture professionals were recently sent the message by the US Supreme Court that Monsanto has more rights than they do, under the laws and courts of the United States. The high court refused to hear the appeal in the case of Organic Seed Growers and Trade Association, et al., v. Monsanto Company, et al. Supreme Court Case No. 13-303, filed in 2011.

The decision means that the courts, whose rulings are based on limited understanding of farming practices and issues, will not hear enough evidence to fully understand the plight of the American farmer. Monsanto retains their right to sue farmers, but farmers do not have the right to sue Monsanto.

Monsanto has no shame in their handling of the issue. On their website, they claim “The vast majority of farmers who are presented with facts showing infringement admit the violation and pay a settlement.” Interpretation: We intimidate with fear and heavy handed tactics until the farmer admits we’re bigger than they are – then we make the farmer pay.

They continue with “Since 1997, we have only filed suit against farmers 145 times in the United States. This may sound like a lot, …but it’s really a small number. Of these, we’ve proceeded through trial with only eleven farmers. All eleven cases were found in Monsanto’s favor.” Interpretation: We’ve actually filed suit on 410 farmers and 56 small farm businesses in 29 states, and intimidated over 4,500 farmers into out-of court settlements. We just don’t want you to know. about any of that, as we want the number to look small. We got all but 11 of the cases dismissed, but we are bigger than them, we have more money and highly paid attorneys and have lobbied more branches of government than the average farmer even knows exists. Undefeatable, we will win every time, so we don’t really need to care. (See CorpWatch and Center for Food Safety reports.)

What can we do? On May 24, 2014, March Against Monsanto is organizing a global action with rallies in most major cities of nearly all nations.
Write or call your state and national representatives, telling them your opinion that favoring a corporate giant over a small farmer is not acceptable. Putting the nation’s food supply at risk is not acceptable. GMO foods are not accepted in most foreign markets, also risking the jobs and economic stability of those farmers growing export foods – this is not acceptable.

Tell everyone, spread the word and GET INVOLVED!

Corporations are not people. Money is not speech.