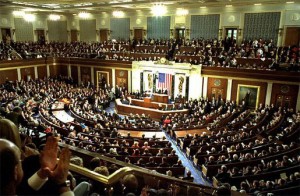 Every year, Americans receive the State of the Union Address delivered by the sitting President of the United States. We are presented with an agenda of what is wanted or needed, so Americans will know what not to hope for.

You see, this is not really a report of where we’re at. This year, Pres. Obama gave us specific actions, both Congressional and executive, that could be implemented. They would, in principal, be good policy. But the populace also knows the honest reality of policy: no good policy gets implemented without red tape and bureaucracy making it ineffective.

We’ve learned to endure the ritual, the pomp and circumstance, the surrealness of it all. We’ve learned that what Washington is supposed to do in contrast to what it actually does is two different things. And we’ve learned that when we get mad enough, we can get some slight reaction in some small measures.

By standing together to send messages, we can change things. Solidarity, regardless of the presentation, is crucial. This generation and culture uses social media for all kinds of interaction, and we are finding ways to use it to influence Washington.

12 days ago, we launched our #rapeculture campaign on Facebook. This was in response to the provision in H.R. 7 requiring the IRS to audit rape victims. We explained the details of the bill in our post, US House Wants IRS to Audit Rape Victims. The Hyde Amendment, already law, restricts Federal funding for abortion. H.R.7 forces legal discrimination of a class of people, intimidates women into not reporting a crime for fear of unfair scruitiny, and forces victims to re-live their experiences through invasive interviews with unqualified individuals, who are then entitled to pass judgement on their truthfulness..

We asked you to share the bill and cosponsors, and to post on the cosponsors’ Facebook pages the link to the bill with the hashtag #rapeculture. As of yesterday evening, the bill had been shared 468 times according to a suggested Facebook post prompt. Better yet, the rape audit provision was struck from the bill. Furthermore, President Obama has now said he will veto H.R. 7 if it reaches his desk. We have reason to believe that the public outcry we helped create was the driving force behind both the removal of the rape audit provision and the veto threat. 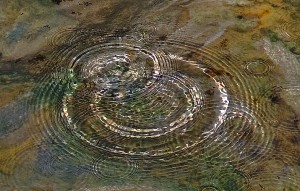 Our union – the future of this country – actually DOES depend on every one of us. It depends on US acting in UNITY to defend what we want and need from the interests of politicians lobbied in Washington. Use your network of social media to start a ripple in the pond.

And be sure to check our FB page frequently and see what ripples we are making.