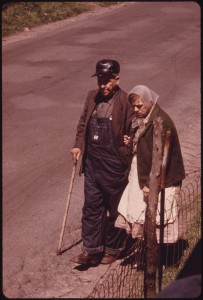 Years ago, while working for a distribution company, I met a gentleman that greatly impacted me. “George” was elderly, and had a wife with serious health conditions. George was past retirement age, but had run all the numbers numerous times, and simply could not retire because the health care costs would be too great to balance with limited retirement income.

As a result, George came to work every day, as cheerful and dedicated as any employee could ever be. His manager decided George did not need to be treated fairly, and would humiliate the man on a daily basis. This was because he knew George would not quit, that George had no recourse, and that George never complained.

When the CBO released the report saying the ACA would allow freedom from job-lock of health insurance coverage, I immediately thought of George. I thought about the thousands of people like him, who can now choose to leave employment years after they should have been able to. I thought how it might be for George and his wife to have the ability to take care of her health conditions without worrying about George’s work schedule.

Since George worked in the IT department at the distribution company, it would make sense that when he can now retire, the company can bring a new. fresh face from the unemployed sector in to take George’s place, who will bring new ideas from a recently acquired education in the field.

When two different messages are drawn from the same report, it tells me the writers of the report are unable or unwilling to state facts in clear, concise enough ways to truly inform the American public of the facts; the intent seems to be only to ramp up the rhetoric. Clarity is as obscure in the reports as is it in the shaping of policies. It also tells me that politicians will seize anything that can be twisted into misconception and used as a false talking point to drum up support and spur fundraising campaigns.