Under the totalitarian rule of President Recep Teyyip Erdogan of Turkey, the article you are about to read would be considered “terrorist propaganda” and warrants would be issued for its author and associates. To voice disagreement with the government, to ask for peace or even to report as journalists about those that do is identified as a separatist and thus terrorist activity. To be a Kurd has even far worse consequences. 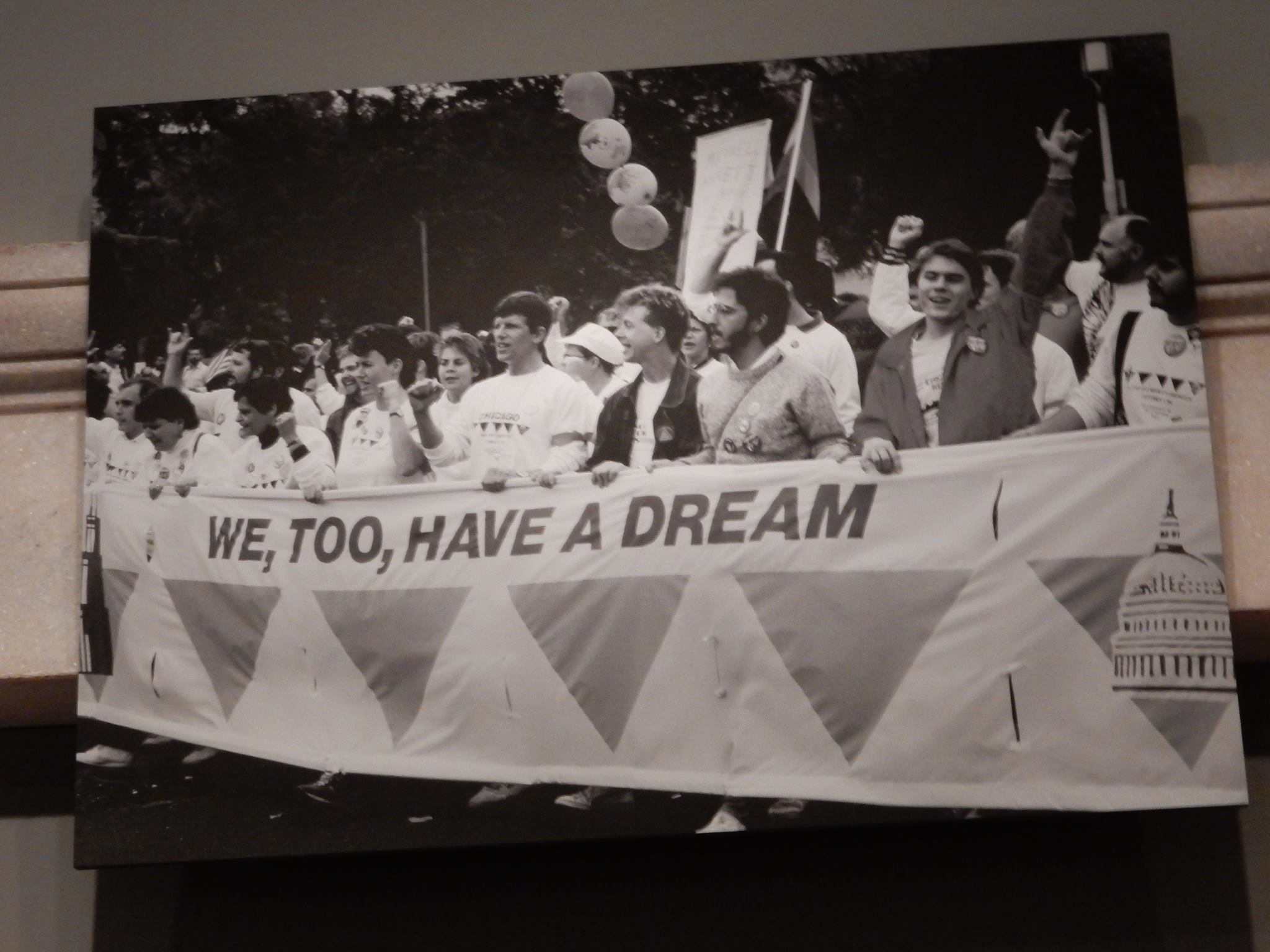 From a 1979 rally in Washington DC, this photo captures the spirit of peaceful resistance that reflects the Kurds’ desire for peace and freedom. Photogragh from “Voices of Peaceful Resistance” exhibit, National Portrait Gallery, Washington, DC; Image by John Benedict.

The Kurds are the largest ethnic group on the planet with no country or land to call their own. Currently estimated at approximately 40 million strong, the Kurds live primarily in Turkey, Syria, Iraq, Iran and Armenia within a region known to them for millennia as Kurdistan, with millions in diaspora throughout the entire world including the United States.

Since January 15, 2016, a “Vigil For King’s Dream in Kurdistan” in Washington, DC has taken a presence across Massachusetts Avenue from the Turkish Embassy. Organized by Kani Xulam, founder and director of the American Kurdish Information Network (AKIN), the group is attempting to bring attention to the atrocities taking place in SE Turkey as that country descends into conditions of civil war.

Turkish diplomats have been the victims of up to 27 attacks worldwide by Armenian terrorists. Five of those have been in the U.S., three in California alone — one in 1973, and two in 1982. Despite the fact that none took place in Washington, to this day the Turkish ambassador’s residence off of Sheridan Circle, as well as the Turkish Embassy, enjoys round-the-clock protection from the Secret Service.

Massachusetts Avenue, also called “Embassy Row” because it is the location of the majority of international embassies, was closed today. This is the first time in all the years Kani has been in Washington that he has seen this happen.

On Thursday, March 31 2016, while Turkish President Recep Tayyip Erdogan was in Washington DC, he was also scheduled to speak at the Brookings Institute. He was greeted by protestors that offered him booing and rejection. Holding banners that read “End Turkish Denial,” “Erdogan: War Criminal on the Loose” and “Stop Turkey’s War on Kurds!” they shouted at the entourage. “Baby Killer Erdogan!” “We charge you with genocide!” “Long Live Kurdistan!” filled the air.

The group was several organizations who shared the same disdain for the Turkish President. They included those involved in “A Vigil for King’s Dream in Kurdistan,” Amnesty International and others. Reporters and supporters alike were subjected to attacks from plain clothes Turkish security.

The protest today exploded into chaos. One FB post read:

Local Washington D.C. police officers were forced time and again to get between Erdogan’s security forces and journalists and protesters. At one point, an officer placed himself between one of Erdogan’s security guards and a cameraman he was moving to confront, while another angrily confronted several Turkish security guards in the middle of the street, telling them, “you’re part of the problem, you guys need to control yourselves and let these people protest.” Another Turkish security official pulled his colleague away after he began arguing with the officer. Other members of Ergodan’s team stood in front of the Brookings building, motioning for the protesters to come closer, and making obscene gestures.

“Today’s confrontation in Washington vividly illustrates how little Turkey’s government values human rights such as freedom of the press and freedom of assembly. Those who were present at today’s protest saw firsthand the consequences of governments that violate human rights,” said T. Kumar, Amnesty International USA’s advocacy director for Europe, in a press release.

Our nation’s capitol is no stranger to peace vigils, demonstrations and protests. In January of this year, a woman died who had maintained a 32 year 24-hour vigil in Lafayette Square.

Concepcion “Picciotto, also called Connie or Conchita, manned a 24-hour vigil against nuclear proliferation from a makeshift camp next to the White House. The vigil site needed to be continuously attended by someone in order to remain in place… She had been a fixture at the encampment site in Lafayette Square since 1981, frequently speaking to tourists about nukes.”

Kani, as a resident for the last 23 years, knows this city quite well. Not only an impromptu “tour guide” during our visit that skirted congestion and tangled streets of hills, buildings and pedestrians safely, he has learned the history that made Washington DC the historical and tourist magnet that it is, drawing on average 67,000 visitors per day.

Seeing the White House from all directions, the Naval Observatory (Washington DC residence of Vice-President Joe Biden), all the buildings representing the functionality of the American government, seeing Obama’s Marine 1 helicopter depart, becoming entangled with traffic because of a demonstration in support of Palestinians: all this in one afternoon gave us reference for how hectic this city is around the clock.

All of this backdrop of the nation’s capital does not distract Kani from his work. It is a relatively never-ending pursuit of searching for news reports as well as responding to inquiries from those wanting information. AKIN lives up to its name on a daily, sometimes hourly, basis.

Kani’s decision to organize the “Vigil for King’s Dream in Kurdistan” stems from two major directions: the support of like-minded individuals and recognition of the similarities between the Civil Rights Movement in America and the Kurdish struggle.

An astute scholar of history, Kani aligns the words of Dr. Martin Luther King’s “I Have A Dream” speech with the voices of the Kurds across the world. He, like so many of us, believes in peaceful resistance as a means toward change. His past public actions have included rallys and hunger strikes to draw attention to the voices of over 40 million people begging for freedom.

He is not alone. Manning the street every day the Vigil site is able to be open is a native of Kobane, Syria and former parliamentarian of the Syrian government, Azad Kobani. He, too, has made this struggle for peace his life work. 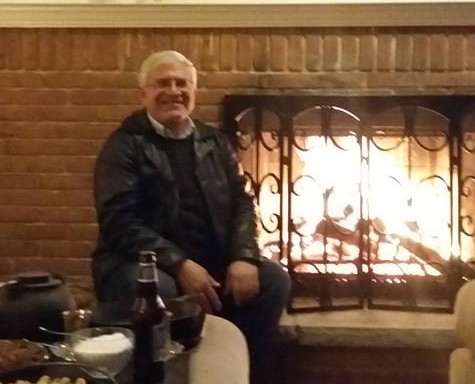 Azad Kobani takes warmth from the fire as he reflects on the Kurdish struggle. (Image: FB)

Standing the Vigil Site with Azad was a lesson in determination. Faced with a language barrier, we were unable to converse fluently. But Azad is a master at communicating regardless. He quietly took the yellow YPG pennant flag representing the men’s forces that are fighting ISIS in a region referred to as Rojava by the Kurds. In silence, he waved at every car, holding the flag. Realizing this is something he has done every day possible since January 15, I pulled the green YPJ flag representing the women’s fighting forces from the barricade fence and walked to the other end of the Vigil Site.

We got honks and waves back as people slowed down to read our signs and take our pictures. Many were tourists, that will undoubtedly show the photos to their friends and say, “Look! We were in Washington DC and there was this protest we drove by…” and the Vigil message spreads.

These are the seeds from which awareness and change can grow. Since all major media outlets refuse to cover this issue for the shockingly horrifying human tragedy that is unfolding before our very eyes, this has become the only hope that many have for the dreams of living their life with the same self-determination and freedom as the rest of humanity is afforded.

“Americans complain too much. They should spend a week living as a Kurd in Turkey, then see how their perspective would change.”

About the Author:
Carol Benedict is an independent researcher studying Kurdish history, culture and politics for 3 years. She is also a human rights activist.