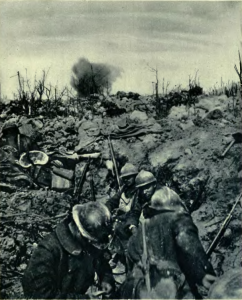 November 11th 2014 marks the 96th anniversary of the temporary cease fire (armistice) that led to the eventual end of the “War to End All Wars” as what we now call World War 1 was known at the time. The armistice actually only ended the fighting on the western front. Fighting continued in the former Russian and Ottoman empires even after the armistice occurred on the 11th hour of the 11th day of the 11th month in 1918. As of this writing, areas of the former Russian and Ottoman empires are in the midst of wars once again.

Only the allied forces of World War 1 celebrate Armistice Day. Some countries such as the United States have changed the definition to encompass commemorating all members of its armed services in all of the wars it has been engaged in.

It matters not what the day is called. All countries have a responsibility to honor those people who have fought in the name of that county. Whether those armed forces be volunteer or conscript, the sacrifice, and sometimes the ultimate sacrifice are worth commemorating and reflecting upon. END_OF_DOCUMENT_TOKEN_TO_BE_REPLACED