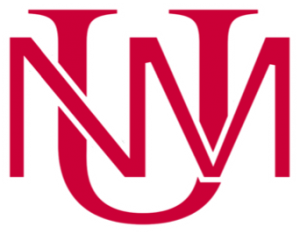 Sunday was the 44th anniversary of the Kent State shootings. Most of us know the story; how four people were killed and nine wounded when National Guard troops opened fire during a demonstration over the bombings in Cambodia. However, today marks the 44th anniversary of another act of violence almost as egregious (even though there weren’t any fatalities), yet most people won’t have even heard of it.

After the Kent State shootings, students at campuses all across the country participated in marches, strikes and demonstrations. One of these campuses was the University of New Mexico in Albuquerque, where students took over the Student Union Building (SUB). Classes were suspended while students demonstrated against the Kent State shootings and the bombings in Cambodia. As the tensions began to ebb,. most of the students left the SUB, leaving half a dozen or so to occupy the building.

On Friday, March 8, 1970, Lieutenant Governor E. Lee Francis, acting as governor (the governor at the time, David Cargo, was in Michigan) called out the National Guard, who along with the University police, New Mexico State Police and the Albuquerque Police went to retake the SUB by request of the university’s Regent, Calvin Horn. When the students learned that the Guard and police were coming, they reoccupied the building.

When the Guard and police first arrived, there were about 150 people inside the SUB’s ballroom, and very few people outside the SUB. By the time State Police Major Hoover Wimberly called on the students to disperse, there were thousands outside. The combined Guard and police forces arrested 156 people, If that was all that had happened, it would be the end of the story.

However, the National Guardsmen swept up the side of the building with their bayonets unsheathed. Eight people were stabbed by the Guardsmen, including one member of the press.

Later, the charges against most of the students were dropped. However, charges against the National Guard went nowhere, as they had covered or removed their name tags prior to moving in on the SUB, so that they couldn’t be identified. In the case of the member of the press who was stabbed, the Guard claimed that he was walking backwards while filming them and fell into a rosebush.

The spring of 1970 was marked by violent suppression of First Amendment rights by the authorities. We’ve seen the same thing happen time and again in recent years, with notable examples being the RNC 2008 protests in St. Paul and the various police actions against the Occupy movement since the fall of 2011.

Occupy World Writes demands that the authorities in this country respect the peoples’ right to peaceful protest and freedom of speech. We furthermore call on all nations worldwide to do the same with their people. The only way we can move forward as a truly global society is if the right to dissent is respected by all.