“For every action there is an equal and opposite reaction. You receive from the world what you give to the world.”

The world has held its breath for a month while Kurdish fighting forces within the city of Kobani on the Syria/Turkey border fight for their lives and their city. Turkish troops are massed at the border: not to prevent destruction of Kobani, but to prevent Kurdish people from entering Syria and help defend the city. They are there to cheerlead for Daesch, in so much as Turkey feels less intimidated by ISIL than they do by a continued Kurdish habitation on land inside and close to Turkey .

Today, October 20, the world continued its response. The day began with three C-130 cargo planes dropping 27 bundles of supplies directly into the hands of the Kobani fighters.

In Washington, DC, a native son of Kobani began a hunger strike in Dupont Circle to call attention to the Kobani issue. He was joined by Kurdish supporters and westerners that believe enough is enough. The group has also started a petition, which they invite the world to sign.

In New York City, a concert of solidarity took place at the Elebash Recital Hall at the City University of New York (CUNY). The featured band, DisOrient, has another concert scheduled for October 25 at the Riverside Church, 91 Claremont Avenue, at 6:30 pm.

Protests across Turkey, including Diyarbakir in eastern Turkey, have resulted in over 30 deaths since erupting on October 8. Turkish media is not accurately reporting the incidents, downplaying their scope and magnitude.

Protests across Europe continue as the millions of dispersed Kurds across the globe call attention to the plight of their people.

We have long believed that the decision to do nothing is, within itself, a decision. We also believe it would be in the best interests of history and humanity for the United States to remove the terrorist label placed on the PKK and open talks for diplomacy. We believe Turkey has misrepresented the intentions, scope, purpose and cause of the PKK to the world. This is the same PKK that has demonstrated in recent weeks its ability to work cohesively with respectful forces to save the lives of innocent people from a REAL terrorist organization.

We also believe Turkey’s call for a buffer zone across the Rojava region is an attempt to use the crisis in Kobani to further their agenda of ridding Kurds from their and neighboring countries. This area has been governed with the Constitution of the Rojava Cantons, a document that is a testament to a social contract, and does not need a buffer zone instituted by Turkey, or any other country.

Occupy World Writes calls on support from the world over to continue for Kobani. We stand in solidarity with those who have taken action in whatever way they can to help. 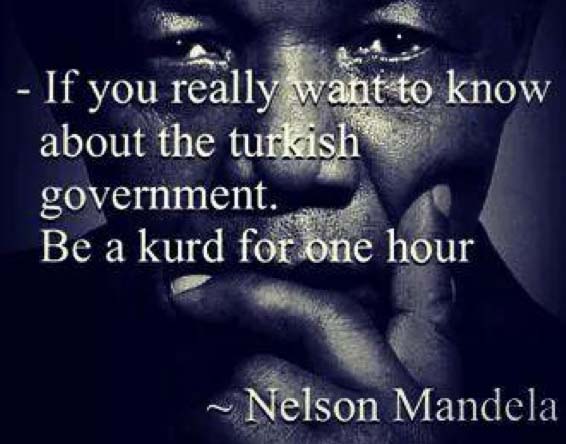