If someone were to say Deepwater Horizon to you, you’d more than likely think of the massive oil spill that started on April 20, 2010 in the Gulf of Mexico. You remember the eleven people who died when the Deepwater Horizon exploded. You remember the camera capturing the oil gushing out of the wellhead for 86 days until it was finally capped. You remember BP and Halliburton trying their best (and succeeding to a large degree) to avoid taking responsibility for their actions, and damaging both the ecosystem and the lives of people around the Gulf for years to come. Such is the power of those two words.

Lately, there’s been a horrific story that’s been covered in bits and pieces by the (mostly local) media, but isn’t getting the coverage or outrage it deserves. It’s a story that concerns a company that exists on government contracts; a company that consistently underperforms in a way that is truly fatal to the people it’s supposed to be serving. Yet, we hear nothing about it. Why is that?

Perhaps it’s due to the business the company is in. You see; we’re talking about Corizon, the country (and therefore the world)’s largest corporate prison health care provider. Corizon provides health care services at nearly 530 correctional facilities nationwide, serving about 377,000 inmates in 28 states. Prison health care is very important; the majority of inmates in our prisons are from poor minority communities that experience greater rates of chronic illness, substance abuse, and mental illness than the general population. The services provided range all the way from regular checkups to mental health treatment (probably the most pressing need) and surgery. 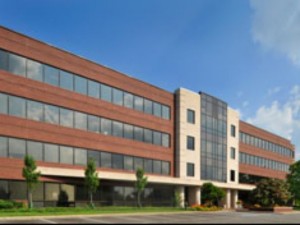 Recently, Corizon’s come under fire in multiple states for providing substandard and/or indifferent care to the inmates which it’s been contracted to provide for. Charges like this aren’t new; both Correctional Medical Services (CMS) and PHS Correctional Healthcare (PHS), the two companies who merged to form Corizon, were criticized for putting profits over providing health care for the inmates, such as this New York Times series from 2005 about PHS discusses.

So, is it really a surprise that Corizon’s found itself in the news again, and not in a good way? Some recent examples include;

These stories are just from the last month. If Corizon’s having all these problems in widely separated areas of the country, doesn’t it imply that it’s probably happening in other prisons where Corizon has the contract for health care?

The prison system in the US is deserving of much more scrutiny than we can give it in one post; it’s a subject we’ll return to later. From what essentially is slave labor hired out to companies and the state to the discrimination involved in who goes to prison to the rise of the for profit prison system, what we’re doing to our fellow citizens is reprehensible.

We hope these stories will bring more attention to at least this part of the problem. But, it needs a catchy name; something that the public will remember. We propose calling it Deep Pocket Corizon. Maybe then, the public and media will start paying attention.