In both cases, the blame can be laid directly at the feet of the prosecuting attorneys. It’s a well known (and true) adage that “a prosecutor can indict a ham sandwich.” All a prosecutor has to do is show that there’s enough evidence to warrant a charge and a trial; it’s supposed to be up to a full jury trial to determine innocence or guilt. A prosecutor can get a grand jury to do anything they want; in these two cases, the prosecutor didn’t want the officers to go to trial, so that’s what they got. 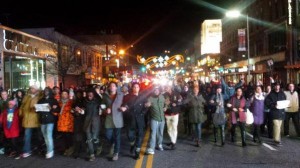 We know what transpired in Ferguson, as Bob McCulloch, the prosecuting attorney, released the transcripts of the grand jury testimony. While this sounds like he’s acting in a transparent manner, what it actually shows is how biased the prosecution was towards the defendant, and how much irrelevant, incorrect or downright illegal information they swamped the jury with. For example, let’s take a look at Kathi Alizedah, the assistant prosecutor.

McCulloch introduced Alizadeh, as as someone who has been “working with the police… on this since the very beginning.” For her part, she “instructed grand jurors on how to decide the case based on a statute that was invalidated by the U.S. Supreme Court two decades ago.” She also told the jury that the “policies of the police department” don’t “have anything to do with your decision” because a separate federal investigation would look into those issues. And, she’s just one example; there’s many, many more if you have the perseverance to dig through the grand jury transcript. 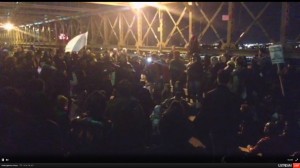 We don’t have any real idea yet of what transpired in the grand jury in the Pantaleo case, and we may never know; New York’s disclosure laws differ from Missouri’s. Yet, this dismissal is even more egregious than the Wilson case at first look. For one thing, the whole incident was caught on camera – the person who took the video was indicted on weapons charges a little while later. Funny how that works, eh?  A policeman caught on camera using an illegal chokehold to subdue an unarmed man who keeps repeating that he can’t breathe walks, and the person who caught the act on video gets indicted.

Randolph McLaughlin, a law professor at Pace Law School and civil rights attorney, put it bluntly:  “Look at the facts of the case, and the videotape, and the fact that the officer has his arm around the man’s neck in a chokehold, and the man is saying ‘I can’t breathe.’ If you can’t indict that cop for anything, then basically you can’t indict a cop for killing a black man, period.”

Fox News were their usual tone-deaf selves. Gretchen Carlson, in her usual smooth manner, noted that there had been protests over the Ferguson decision in Times Square, and said; “I certainly hope nothing’s going to happen here in New York City today and we’ve got the tree lighting ceremony.” 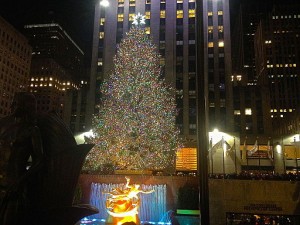 Mind you, this isn’t a problem just with police and people of color. Police officers are charged in 1% to 3% of the cases when someone is killed. as far as anybody can tell; there aren’t any records dealing with the subject. We find it very hard to believe that all of the other 97% to 99% are justifiable. And, there’s no statistics saying how many of those 1% to 3% are actually convicted.

However. the bias towards people of color and other minorities when it comes to arrests and other interactions with the police is well documented. When 85% of the people stopped and frisked in New York City are people of color, there’s obvious profiling and discrimination going on. And, with these two grand jury rulings, they’ve just been told that they can get away with it.

ENOUGH IS ENOUGH! All over the country, and indeed, around the world, people are standing in solidarity with Mike Brown and Eric Garner. The police don’t have the right to indiscriminately kill us without cause. Let this be a warning to the powers that be:

We are Mike Brown. We are Eric Garner. We will not allow this to continue. We demand justice, and we will get it.