Last Wednesday President Obama and President Raul Castro of Cuba made simultaneous announcements that the two nations would start working towards normalizing relations between the two countries 54 years after diplomatic ties were severed. 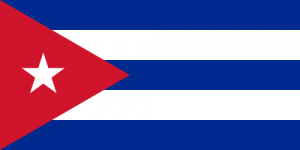 The reactions in the US, as with anything else over the last six years, was basically split along ideological lines, with the conservatives claiming it to be just another example of failed foreign policy. On the liberal and moderate side, it was hailed as a step towards greater freedom and an economic boost to Cuba. Of course the economic boom would also mean the expansion of US corporations into Cuba. But, why is this happening now?

There’s a couple reasons, and the first one is energy. Cuba at the present time needs somewhere around 155,000 barrels of oil a day to meet its energy needs. However, even though Cuba has one of the largest unexploited gas and oil deposits on the planet sitting right off its northwest coast, it only pumps 55,000 barrels a day, with a third of that being pumped by a Canadian company. Why that little? The trade embargo with the US; the US has some of the best deep water drilling technology and expertise in the world, and that isn’t available to Cuba at the present. 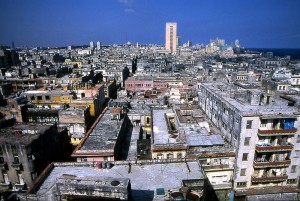 Central Havana. Photo by Henryk Kotowski.[CC by 2.5] via Wikimedia Commons

Up until now, Cuba’s relied on two allies for aid both in the energy and economic sectors; Russia and Venezuela. However, with the slumping price of oil, both countries are taking an economic beating. Russia needs oil selling at around $100 a barrel to balance its budget; oil sales and taxes are about 45% of the revenue for the country. Venezuela’s oil sales account for 95% of the country’s exports, and are a quarter of the country’s entire GDP. Venezuela has been providing 100,000 barrels of subsidized oil to Cuba per day; in exchange, Venezuela receives thousands of doctors, teachers and some military advisers. However, with the price of oil in freefall, the days of subsidies from Venezuela are over. For the record, oil closed at $55.26 per barrel today.

So, US gas and oil companies have a ready market in Cuba – somewhat. You see, a lot of our production at the present needs oil over $80 a barrel to be profitable. This leads to exploiting Cuba’s oil reserves. And, because the wells wouldn’t be in US jurisdiction, our environmental rules wouldn’t apply. There would be a fairly high probability of another Deepwater Horizon disaster, without any real pressure on the oil companies to clean it up.

The second reason is due to international trade agreements. The US and Canada have been putting on the pressure for the European Union to sign the Transatlantic Trade and Investment Partnership (TTIP). We’ve written about the TTIP on numerous occasions; it’s a horrible agreement that’s bad for we the taxpayer/citizen while wonderful for the corporations. Cuba is already a trading partner with the rest of the countries involved in the TTIP, so it would only make sense to make it a part. The combination of large oil reserves; desired commodities (Cuban cigars and rum are large export items) and relatively cheap labor close to the US make Cuba a natural for inclusion.

When we hear about the “expansion of democratic principles and the American way,” our ears perk up, for usually that means there’s something completely different going on behind the scenes. This change of the relationship between Cuba and the US seems to follow that rule. In a few years, you’ll have your Cuban cigars and your Cuban rum. You’ll be able to travel to Havana for vacations. But, at what cost to the Cuban people themselves?