With the speech now less than a week away, we thought we’d take a look at what else has happened with the “Republican Senator from Israel” recently.

Over the weekend, it was announced that Netanyahu had hired a well-known lawyer described in the Israeli press as a “specialist in white-collar crime” to represent him and his wife if they are indicted on criminal corruption charges.

A report published last Tuesday by Israel’s state comptroller accused the Netanyahus of spending public funds in a manner that “strayed from the cornerstone principles of financial management and the principles of proportionality, reasonableness, saving and efficiency.” It sounds like he’d feel right at home with our Congress, doesn’t it? But, we digress…

This week, both Al Jazeera and The Guardian ran stories claiming that Netanyahu exaggerated Iran’s nuclear capabilities in his speech to the United Nations General Assembly in 2012. At the time, Netanyahu said: “In the case of Iran’s nuclear plans to build a bomb, this bomb has to be filled with enough enriched uranium. And Iran has to go through three stages. … Iran’s completed the first stage … and they’re 70% of the way there.”

The stories cited leaked intelligence documents that allegedly said that the Mossad (the Israeli spy agency) assessed the threat as more remote. Mossad supposedly said: “Bottom line: Though Iran at this stage is not performing the activity necessary to produce weapons, it is working to close gaps in areas that appear legitimate such as enrichment, reactors, which will produce the time required to produce weapons from the time the instruction is actually given.”

On Tuesday, Senate Democrats invited Netanyahu to meet with them during his trip. He declined the invitation, saying: “Though I greatly appreciate your kind invitation to meet with Democratic Senators, I believe that doing so at this time could compound the misperception of partisanship regarding my upcoming visit,”

The irony in his statement is stupefying, but we digress again… 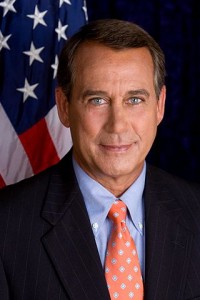 Later on that day, US National Security Adviser Susan Rice criticized both Netanyahu and Speaker of the House John Boehner for damaging ties between the US and Israel. “What has happened over the last several weeks, by virtue of the invitation that was issued by the speaker and the acceptance of it by Prime Minister Netanyahu, two weeks in advance of his election, is that on both sides there has now been injected a degree of partisanship which is not only unfortunate; it’s destructive of the fabric of the relationship.”

Finally, Secretary of State John Kerry questioned Netanyahu’s judgement (or lack of judgement) regarding the 2003 Iraq war. Kerry told the House Foreign Affairs Committee; “The prime minister was profoundly forward-leaning and outspoken about the importance of invading Iraq,” and that Netanyahu “may have a judgment that just may not be correct here,”

We couldn’t agree more with Secretary Kerry’s assessment of Bibi’s judgement. From the very beginning, the whole speech idea’s been a trainwreck waiting to happen. It also shines a light on how dysfunctional our own government’s become.

We never thought we’d see the day when one party unilaterally invites a head of state to address Congress right before elections in his country about increasing sanctions and approving possible military action against another country, while at the same time refusing to pass a bill for funding security here at home. But, that’s exactly what’s happening.

There is a bright side to all of this, though. At least two dozen Democrats in Congress are boycotting the speech. President Obama says he will not meet with Netanyahu during his visit, and Vice President Biden will be out of the country. And, none of the Arab ambassadors that Netanyahu invited will be attending. Bibi’s popularity at home was already waning; these blunders over the last couple weeks might be enough to inspire the Israelis to throw him and the Likud Party out of power in the elections. One can only hope…