‘In the environment in which we live we must defend ourselves from the wild beasts,’ Prime Minister says. 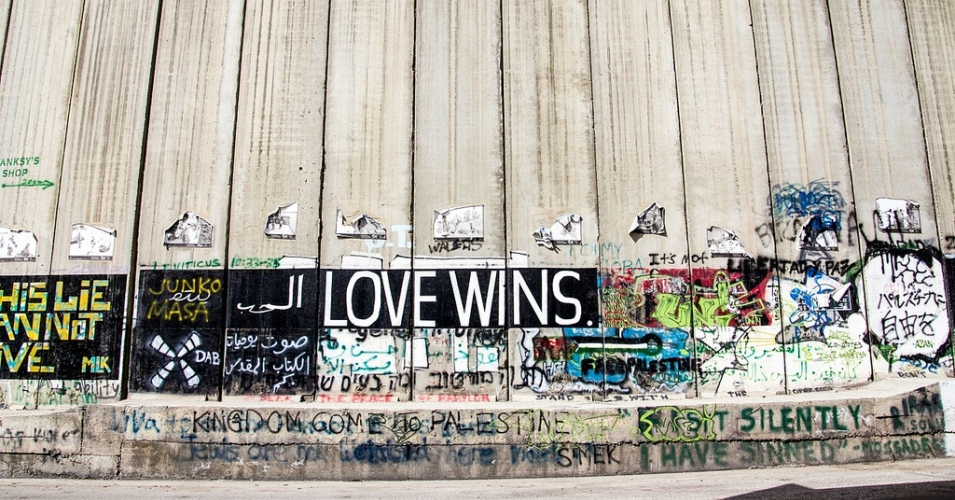 A section of the wall in the West Bank. (Photo: hjl/flickr/cc)

Israeli Prime Minister Benjamin Netanyahu has proposed a plan to encircle his entire country with a fence as protection against “wild beasts,” referring to those in neighboring Arab states.

He made the comments Tuesday while visiting an 18-mile stretch of fence already under construction on the Israel-Jordan border.

“At the end of the day, in the State of Israel as I see it, there will be a fence like this one surrounding its entirety,” he said, according to a statement on the Prime Minister’s website.

“They tell me: Is this what you want to do, defend the villa? The answer is yes. What, are we going to surround the entire State of Israel with a fence, a barrier? The answer is yes, unequivocally. In the environment in which we live we must defend ourselves from the wild beasts.”

He added that it would be a multi-year project, multi-million dollar project.

“Perhaps the most notorious of Israel’s walls built for ‘security purposes’ runs within the occupied West Bank,” as Al Jazeera reports. It was deemed illegal by the International Court of Justice in 2004.

Haaretz columnist Asher Schechter argues that “Israel is already not even trying to function like a democracy,” and writes that Netanyahu’s statement is “a display of everything wrong with Israel under his leadership. Israel circa 2016 is fearful, hateful, and paranoid, self-involved to a degree even Donald Trump would find distasteful, and soon it might have big walls surrounding it from every which way, quarantining it, and a political system where only Jews need apply.

On Wednesday Netanyahu also spoke to the Israeli parliament and referred to the existing fence along the border with Egypt, saying that it prevented Israel from being “overrun” with migrants.