“Water cannons. Rubber bullets. Mace. Flash grenades. It’s an army vs. unarmed people who only want to protect their water and graves” 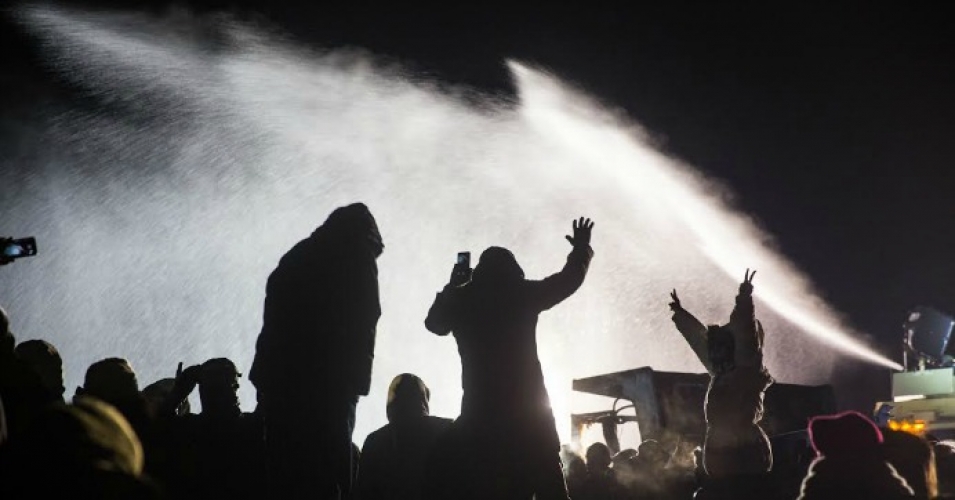 An activist’s drone captured the onslaught: 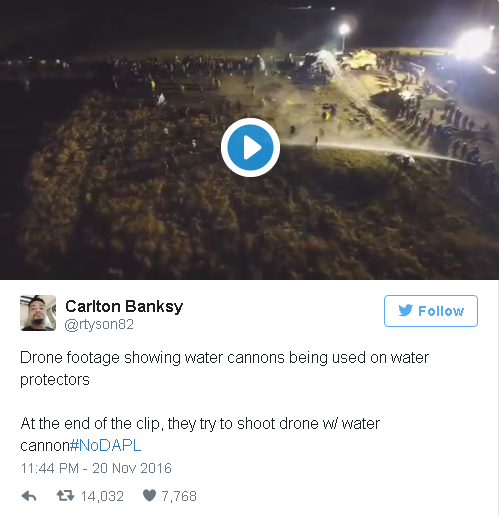 And Native American news outlet lastrealindians.com showed the scene from the ground, with water protectors peacefully standing and chanting “water is life” as they were soaked by a water cannon: 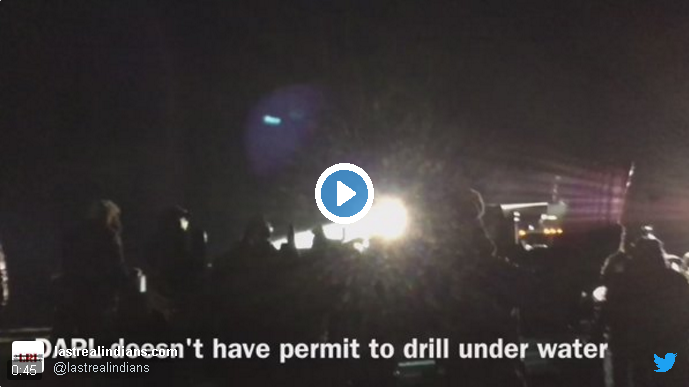 Independent outlet Unicorn Riot, which had reporters on the ground throughout the six-hour standoff, said that over 160 people were injured. Those injured included a 13-year-old-girl who was shot in the face by rubber bullets, two people who suffered cardiac arrest, and multiple cases of hypothermia as a result of the water cannons, the outlet reported.

Water protectors and supporters posted photos and updates from the scene on Twitter throughout the night: 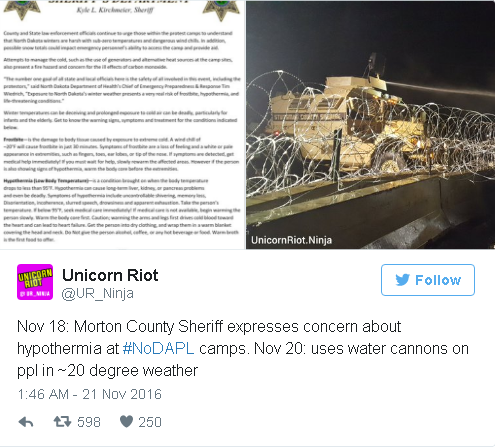 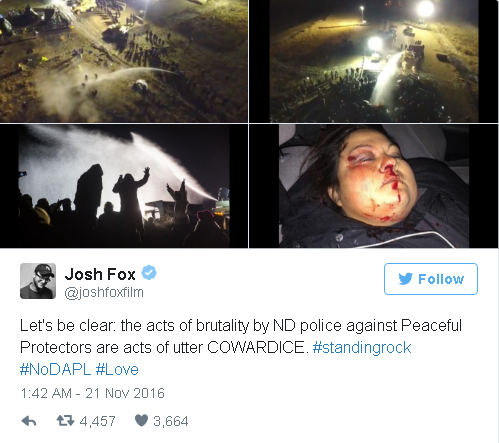 The astonishing show of force was only the latest in a series of violent assaults from law enforcement targeting the peaceful Indigenous activists taking a stand to protect their drinking water and sacred sites.

And this latest attack “comes at a difficult time for Indigenous activists at the camps,” as the Guardian writes.

“We have a very harsh day coming up now,” Standing Rock Sioux Tribe chairman Dave Archambault II told the newspaper. “In my family we never celebrated Thanksgiving. It was always a day of mourning for the day that genocide began on this continent. This all just goes to prove what we’re talking about.”

Greenpeace spokesperson Mary Sweeters said Tuesday: “Law enforcement put people’s lives in danger last night as water protectors attempted to clear a path for emergency services to reach the camp. President Obama must step in to stop the pipeline and end the violence immediately. This is about standing up for Indigenous people’s rights and sovereignty. This is about ensuring Standing Rock’s survival by protecting its water supply and land. It is time to do the right thing before more damage is done.”