“This should help calm all that they’re-only-in-it-for-themselves, anti-establishment feeling out there,” quipped Globe and Mail senior international correspondent Mark MacKinnon 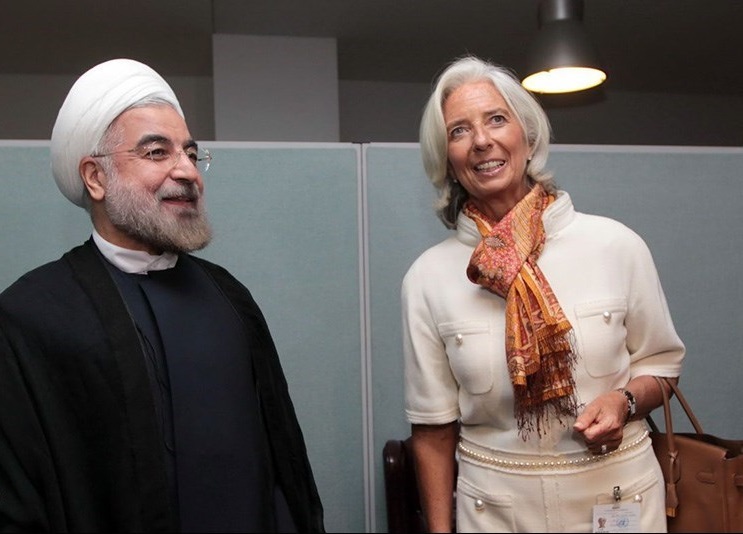 Christine Lagarde, head of the International Monetary Fund (IMF), on Monday was found guilty of “negligence” for approving a massive government payout to business tycoon Bernard Tapie during her tenure as French finance minister.

“This should help calm all that they’re-only-in-it-for-themselves, anti-establishment feeling out there,” quipped Globe and Mail senior international correspondent Mark MacKinnon in response to the latest charge of government corruption.

Though Judge Martine Ract Madoux did not hand down a sentence for the managing director, the court said Largarde “should have done more” to prevent the €405m ($422m) payout, Bloomberg reports.

Tapie, a close associate and financial backer of former French president Nicolas Sarkozy, was awarded the payout in in 2008.

An arbitration panel ordered the payout to Tapie in connection with his sale of sportswear company Adidas. The panel upheld Tapie’s claim that the Crédit Lyonnais bank had defrauded him by intentionally undervaluing Adidas at the time of the sale and that the state—as the bank’s principal shareholder—should compensate him.

It was Lagarde who, in her role as French finance minister, ordered the case to be heard by an arbitration panel instead of proceeding through the regular courts.

Critics say that Lagarde ensured Tapie received preferential treatment by referring the matter to arbitration as a quid pro quo for his financial support for Sarkozy during his 2007 presidential bid.

Lagarde, who is traveling to Washington, D.C., was not present at Monday’s hearing in Paris, though she will likely appeal the decision. Reuters notes that the ruling could potentially trigger “a new leadership crisis at the International Monetary Fund after Lagarde’s predecessor Dominique Strauss Khan resigned in 2011 over a sex assault scandal.”

What’s more, the trial and surprise conviction will likely “reviv[e] concerns in France about high-level corruption,” the New York Times notes, “shining a spotlight on intimate ties between politicians and businesspeople, and on the large sums that are sometimes used to grease the country’s political wheels.”

As many noted, Lagarde’s conviction capped off a year of intense political upheaval and establishment backlash across the globe.