Like Reagan before him, Trump is deploying the infamous “welfare queen” myth to justify shredding the safety net 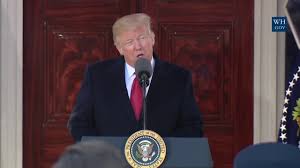 President Trump: “Welfare reform is going to be a very big topic under this administration” https://t.co/RyvwDCnD4Q

The welfare system was last “reformed” during the administration of former President Bill Clinton, and the results were devastating.

According to research by sociologists Kathryn Edin and Luke Shaefer, extreme poverty more than doubled in the two decades following the passage in 1996 of the Personal Responsibility and Work Opportunity Reconciliation Act, which imposed draconian work requirements on welfare recipients and converted federal welfare funds into block grants.

Now, Trump appears to be preparing to shred what is left of the social safety net. And as Clio Chang of Splinter News points out, Trump is deploying the same rhetorical formula as his welfare-slashing predecessors.

“It’s not difficult to decode what Trump’s saying,” Chang notes. “It’s the same tired line that politicians from Ronald Reagan to Bill Clinton have been using for decades: that some (read: mainly black) people are unfairly receiving welfare benefits and siphoning resources away from good, hard-working (read: mainly white) people. Reagan infamously spread the ‘welfare queen’ myth in the 1970s, a dog whistle that asserted black, single mothers were bilking the government’s welfare system.”

While Trump didn’t propose any specific changes to the welfare system on Monday, previous reports—along with his administration’s previous actions—have indicated that crucial safety net programs are squarely in the president’s crosshairs.

In one of his first speeches as president, Trump asserted that the American welfare system is “out of control,” and that people on welfare need to get “back to work”—despite the fact that most welfare recipients already have jobs.

And as Politico reported earlier this month, Trump is “mulling an executive order that would instruct federal agencies to review low-income assistance programs [as] part of a coming effort to make sweeping changes to the country’s welfare system.”