“The lasting image of this administration may well be Puerto Ricans having to drink contaminated water from polluted streamswhile waiting for timely, appropriate federal aid.” 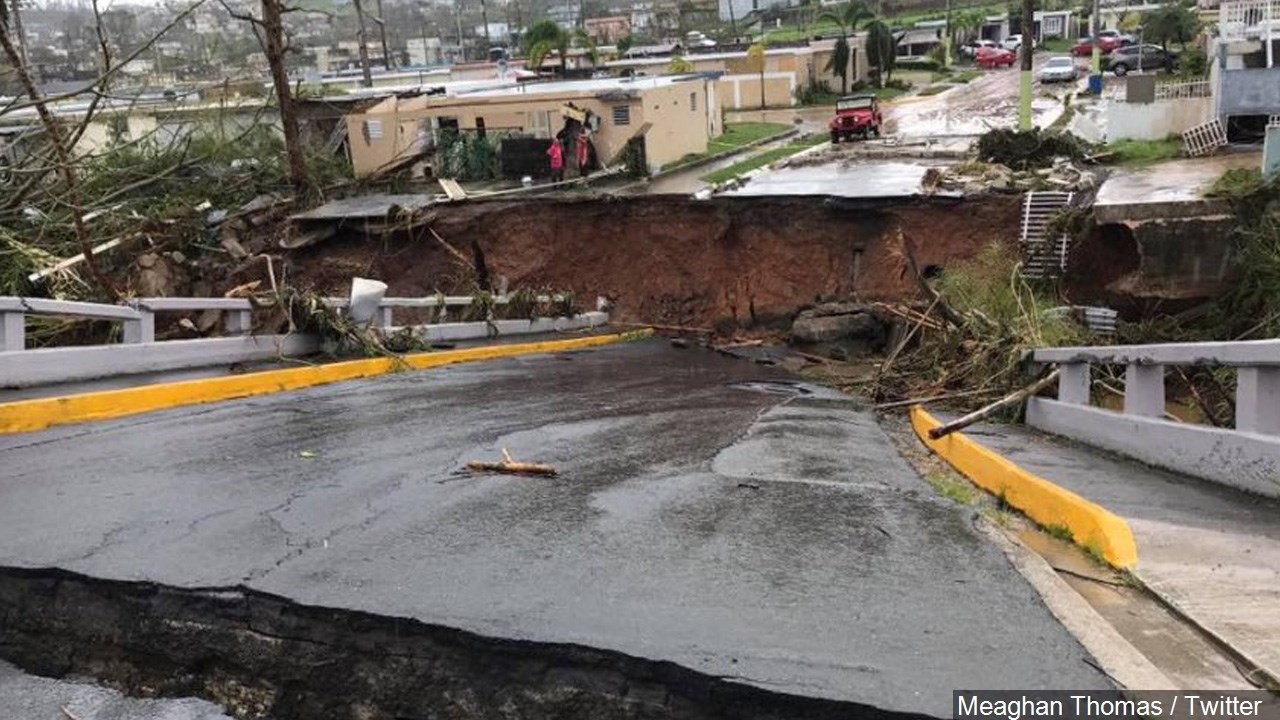 Despite an estimated one million people still living without drinking water, 80 percent of the island wihout electricity, and fresh reports that people are “dying” on the island, President Donald Trump stirred outrage on Thursday by giving himself a perfect “ten” on his response to the crisis in Puerto Rico.

“The people in Puerto Rico are dying,” said National Nurses United (NNU) vice president Cathy Kennedy, who returned Wednesday from a two-week relief trip with the union’s Registered Nurses Response Network (RNRN). “Nurses have been going out into communities, where all they ask for is water and food. And when you have to make a decision of who’s going to get the food today or the water — we shouldn’t have to do that. The United States is the richest country in the world; Puerto Rico is part of the United States.”

Yet Trump told a different story about the recovery in the Oval Office on Thursday, speaking to reporters as Puerto Rican governor Ricardo Rossello looked on.

“I would give myself a ten,” he said. “We have provided so much, so fast.”

The nurses who returned from the relief trip, she continued, “are horrified by the massive damage, dislocation, and trauma they have witnessed. It includes one million people living in darkness, many of them in homes with roofs blown off, soaked furniture, dangerous black mold growing everywhere, lengthy waits for food and water from FEMA that often never comes, a decimated transportation system, and hazardous materials abundant.”

About one million Puerto Ricans were still without drinking water as of Thursday. According to status.pr, a website that is maintained by Puerto Rican officials with daily updates on the recovery, 80 percent of the island was still without electricity as Trump was speaking. More than half of the island’s cell phone towers are still not working and more than 4,000 people are still living in shelters.

FEMA has distributed about 23 million liters of water throughout the island—accounting for only about nine percent of Puerto Rico’s drinking water needs. Forced to drink from rivers, many on the island are being exposed to harmful bacteria and toxic chemicals.

The president put Rossello on the spot after grading himself, asking, “Did we do a great job?” The governor declined to give him a rating. He carefully thanked the administration for sending relief, while emphasizing that the island needs the same efforts that were afforded to Texas after Hurricane Harvey. “We need equal treatment, we need all the resources we can get.”

According to Castillo, “the lasting image of this administration may well be Puerto Ricans having to drink contaminated water from polluted streams, putting their health in serious danger, while waiting for timely, appropriate federal aid to millions of U.S. citizens.”