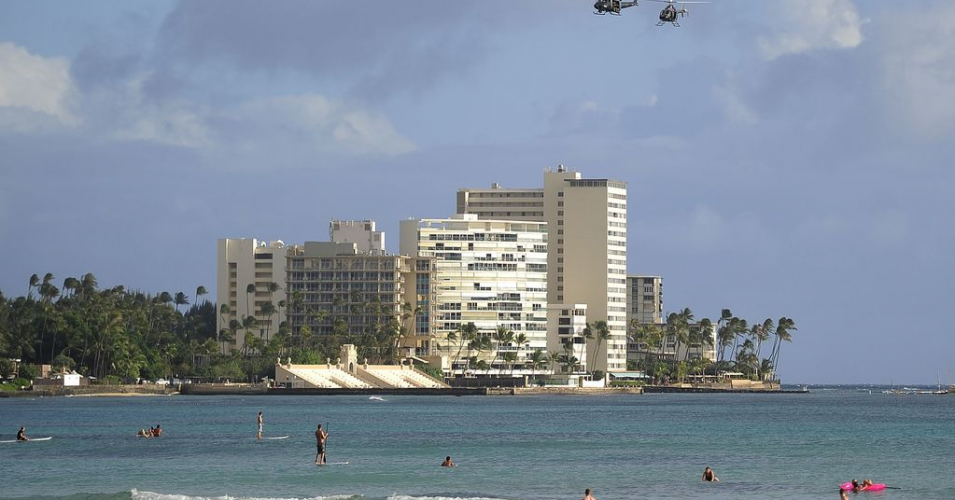 At the beginning of next month, the state will begin testing the missile warning system it used during World War II and last tested during the Cold War.

“Hawaii is a likely target because we’re closer to North Korea than most of the continental United States,” said Vern Miyagi, administrator of the state’s Emergency Management Agency. “As we track the news and see tests, both missile launches and nuclear tests, it’s the elephant in the room. We can’t ignore it. People of Hawaii need to know what Hawaii is doing in preparation for this.”

The agency is reinstating the warning system amid Trump’s ongoing feud with Kim’s regime. North Korea ran nuclear tests and launched several test missiles into the Pacific Ocean earlier this year, and Trump responded to the tests with bellicose threats of “fire and fury” and a speech at the United Nations General Assembly in which he declared he would “totally destroy” the isolated country of 25 million people should Kim continue to develop its nuclear program.

Earlier this month, the White House returned North Korea to its list of state sponsors of terrorism, further angering Kim’s government and leading critics to worry that the country would respond with more nuclear tests.

A missile launched from North Korea could take just 20 minutes to reach Hawaii, according to the Defense Department, but officials say that if all 1.4 million residents of the state’s eight islands follow precautions, at least 80 percent of Hawaiians could survive a nuclear attack.

In public meetings and announcements broadcast on TV and the radio, officials will instruct local residents to hide in a concrete shelter and have enough food and water to last at least 48 hours.

Starting on Friday, the state will begin using its “attack warning” siren to prepare households for what would happen should North Korea launch a missile

the siren Hawaii residents will hear if a nuclear bomb is on its way. You may recognize it from the movies or, if old enough, the Cold War. pic.twitter.com/ry41KdI6Em