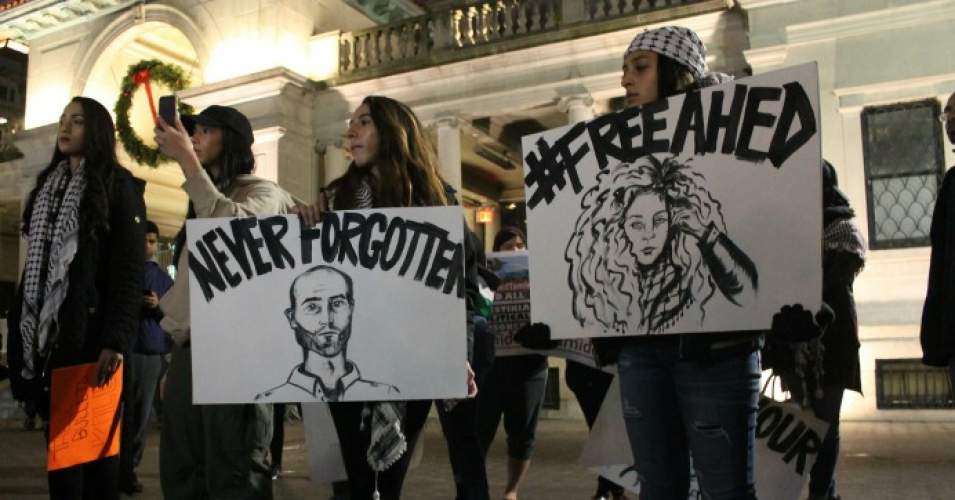 While the court ruled there was no “alternative to custody,” Magdalena Mughrabi, deputy director for the Middle East and North Africa at Amnesty International, said, “There is nothing that can justify Ahed Tamimi’s continued detention.”

The teen was arrested last month after slapping IDF soldiers outside her home in the occupied West Bank—an action she took shortly after soldiers shot her 15-year-old cousin in the head.

As the Jerusalem Post notes, viral video of the slapping event shows “there is no sign her small size presented any danger, and the [armed] soldiers mostly ignored her.”

Her “outrageously excessive” ongoing detention and military court trial, said Mughrabi,  are “an example of the institutional discrimination typical of the treatment of Palestinian children who participate in activism against the Israeli occupation and shows how Israel is violating its international human rights obligations towards children.”

Echoing that comment, Brad Parker, international advocacy officer and staff attorney for Defense for Children International Palestine, said, “Ahed’s pretrial detention, rather than the exception, is the norm in the Israeli military detention system where international law is routinely disregarded, including that detention must only be a measure of last resort.

“It is clear that detaining and prosecuting Palestinian children in Israeli military courts has little to do with justice,” Parker said.

“Israeli military law,” he added, “denies basic fair trial rights and ill-treatment of child detainees is widespread with nearly three out of four Palestinian children experience some form of physical violence after arrest.”