“This development is a transparent attempt by the Trump administration to not only de-prioritize reproductive rights, but effectively erase them from the broader conversation on human rights.” 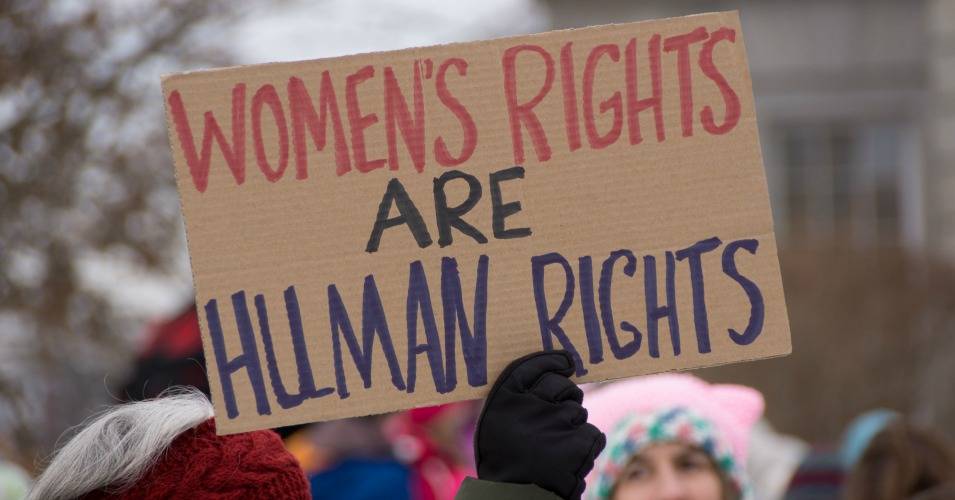 At the direction of a top State Department aide, the department’s annual human rights report will be stripped of language relating to women’s reproductive rights and discrimination. (Photo: Marc Nozell/Flickr/cc)

Human rights groups on Thursday denounced the State Department’s plans to re-frame its upcoming global human rights report, paring down its focus on women’s reproductive rights and discrimination—saying the decision is clear evidence that the rights of marginalized groups are insignificant to the Trump administration.

“Reproductive rights are human rights,” said Tarah Demant, Amnesty International USA’s director of gender, sexuality, and identity, in a statement. “This development is a transparent attempt by the Trump administration to not only de-prioritize reproductive rights, but effectively erase them from the broader conversation on human rights. We must not let this attack on basic rights go unchallenged.”

At the direction of a top aide to Secretary of State Rex Tillerson, department staffers are cutting down passages regarding women’s access to contraception and abortion and how women’s rights around the world are affected by their communities’ views on family planning, as well as a section regarding discrimination based on gender, race, and ethnicity.

The document is expected to de-emphasize the effects of non-government entities on marginalized groups around the world, focusing less on how people have been impacted by discriminatory attitudes and more on what governments are doing to lessen discrimination.

In past years, the department’s human rights report has covered incidents involving hate speech and hate crimes directed at religious and racial groups as well as LGBTQ communities, but this is expected to be absent or nearly absent in this year’s report.

“For instance,” writes Nahal Toosi at Politico, “the Roman Catholic church’s influence over attitudes toward gays and lesbians in a particular country might be dropped.”

The report has also detailed reproductive rights abuses including forced sterilization and abortion in China and India.

“Unmet needs for contraception, deaths related to unsafe abortion, maternal mortality, and coercive family planning practices” in India were all included in last year’s report by are expected to be stripped from the upcoming document.

This year, the term “reproductive rights” isn’t expected to appear in the report, with the section on the issue re-named “Coercion in Population Control.”

“The decision to strip language highlighting violations of women’s rights from the State Department’s Human Rights Report is unconscionable,” said Brian Dixon of the Population Connection Action Fund. “But it’s not surprising. This administration—and this president—always side with abusers rather than their victims—especially when those victims are women.”