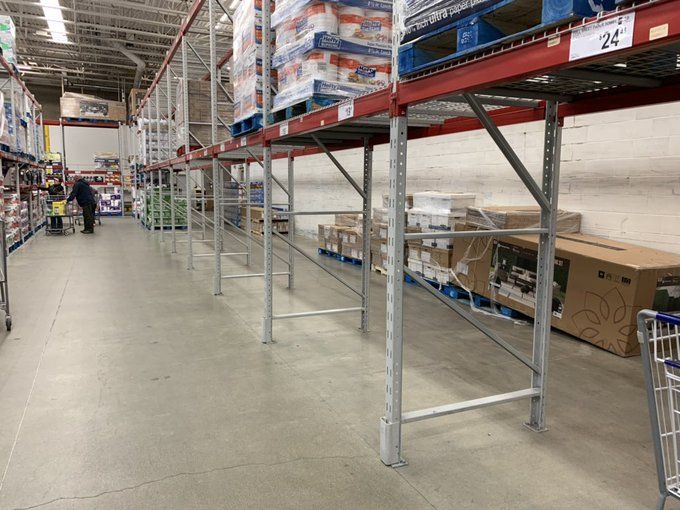 The run on toilet paper has brought the failings of capitalism front and center to the bathroom of every house across Australia, a trend that has now spread to other countries. We are witnessing, in real-time and with stunning consequence, the stone-cold fact that markets are an ineffective mediator of resources, prone to the worst vagaries of herd mentality. Perceived impending shortages of toilet paper owing to the spread of COVID-19 set off widespread panic. We might be inclined to laugh at the implausibility of the whole scenario, but whether the situation is real or imagined is beside the point. The truth, which in this case may appear stranger than fiction, is that markets operate in the sweet spot between scarcity and fear.

Those who stockpiled toilet paper are in no danger of running out, and many undoubtedly have way more rolls than they could ever hope to use in the course of several months. These individuals have successfully avoided catastrophe while stuffing up their fellow citizens in the process. The whole situation is quite literally a stinking mess. What is particularly tragic though, is that this story of scarcity and hoarding is a common one. It is the story of capitalism itself.

Let’s pretend that we are talking about housing rather than toilet paper for a moment. The same principles actually apply. Those who got into the property market early, or have the ability to enter into the housing market at this stage, are the big winners. By early, we are talking several generations ago when land was cheaper and people were far fewer. It was a time when savvy buyers could accumulate vast portfolios. The payoff is that their children and grandchildren had to do very little to maintain the wealth that they inherited, other than continuing to extract value in the form of rent from the properties they owned.

This is Donald Trump’s story, and it is one of extreme privilege and exploitation. His critics are often appalled by his lack of empathy, but Trump appears to have no conception of caring for the poor precisely because he doesn’t have to. In a similar fashion, if you have a good stockpile of toilet paper, you’re likely not so worried about what everyone else in your neighborhood might be doing. You’re just looking out for number one, so you can continue to do your number twos in peace.  Much like the run on toilet paper produced winners and losers by creating a situation of scarcity, so too does the housing market have the same effect.

Few can afford housing precisely because there has been a decades-long run on this commodity. The extension of the time scale makes it less obvious as to what is going on, but it is the exact same mechanism at play. Those who got into housing first have nothing to fear. They are not prone to the uncertainties that plague the experiences of those who lost out. Insecurity often comes in the form of inflated prices. While there have been examples of people trying to sell toilet paper at exorbitant prices on eBay, so far the demand has not matches sellers’ exploitative expectations. Housing is another matter, where those who did not get in early must pay inflated prices, subject themselves to an ongoing extraction of their means in the form of rent, or find themselves homeless.

The fact that there are fistfights in grocery stores is the tip of the iceberg in terms of the desperation that a populace can express when placed in a context of crisis. Violence becomes inevitable, which is a terrifying thought when we recognize that housing is a systemic crisis. On the one hand people turning on each other is a reflection of an individualist society, a cultural understanding that only emboldens the wealthy. The poor seldom form solidarities that encourage them to turn on their oppressors by organizing events like rent strikes. They are too busy fighting each other over scraps to make ends meet.

Who does hoarding hurt? The answer should be clear. Whether in housing or in toilet paper, it is poor people and working families living paycheck-to-paycheck who are worst affected. They can’t afford to stock up on commodities like toilet paper because they are continually paying rent so that they can have access to the most basic, and yet most hoarded commodity of all: housing.

The toilet paper apocalypse is already prompting people to reconsider their strategies for managing their bodily needs in ways that do not fall prey to further hoarding, paying huge ransoms, or resorting to violence. There is, for example, a lot of discussion on social media about the benefits of bidets. While responding to a shortage of toilet paper might seem trivial in the grand scheme of capitalism, it has provided us with a small glimpse into what it means to explore other ways of being in the world. In the context of housing, such experimentation comes in the form of cooperatives, intergenerational living arrangements, and even housing squats.

There is a key difference between toilet paper and housing though. Toilet paper shortages are unlikely to be a prolonged phenomenon. The boom will soon bust. Major retailers have already begun placing limits on the amount people can buy. They have intervened in the market, recognizing that any supposed invocation of it being “free” is a dystopian fantasy that is detrimental to the community as a whole. The housing situation, on the other hand, is a protracted affair, and one that leaves many people out in the cold. It is not going to fix itself, and successive governments all around the world have proven that they are unwilling to regulate in ways that are equitable. In the face of such ineffectuality and inequality, the question then becomes: how much shit are people willing to take?