“It’s bad enough that Trump is responsible for so many deaths in his own country, now he is actively complicit in causing even more across the globe.” 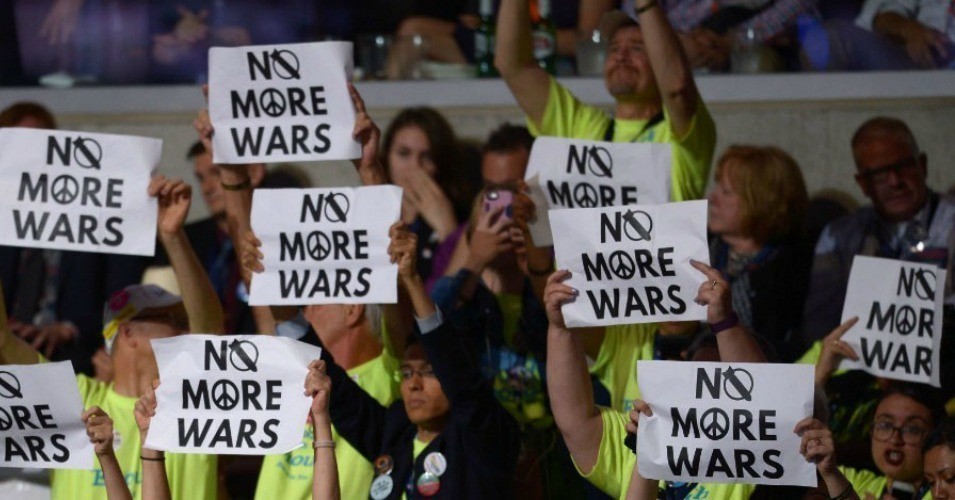 The U.S. blocked a U.N. global ceasefire resolution amid the global pandemic on Friday, objecting to language that even indirectly praised the World Health Organization. (Photo: via EuroYankee)

International diplomats were stunned and frustrated Friday night after the U.S. again blocked a United Nations resolution to call for a global ceasefire during the coronavirus pandemic.

The U.S. objected to any mention of the World Health Organization (WHO) in the resolution. President Donald Trump has claimed WHO withheld information from world governments about the coronavirus, and that the global health agency was privy to information about the virus originating in a lab in China.

The president has offered no evidence of the claims.

U.N. Secretary-General Antonio Guterres has called on governments around the world to enact ceasefires in conflicts, convincing armed factions in more than a dozen countries to call for temporary truces as the world battles the pandemic.

For six weeks the U.S. delegation to the U.N. Security Council has objected to references to WHO within the resolution, forcing French officials to lead an effort to reach a compromise.

France was confident this week that the U.S. would agree to a resolution containing the phrase “specialized health agencies,” appeasing both the U.S. and China, which has insisted on a reference to WHO.

But on Friday, the U.S. announced it would not support the resolution and blocked the Security Council from holding a vote.

Not only did the US block a UN vote calling for a global ceasefire to help fight the pandemic because it mentioned the WHO, the US then also rejected a 2nd compromise resolution that simply mentioned “specialized health agencies.”https://t.co/4jHZyI1dHO

Diplomats on the council were perplexed over how to proceed.

“Obviously they have changed their mind within the American system so that wording is still not good enough for them,” one official told The Guardian. “It might be that they just need a bit more time to settle it amongst themselves, or it might be that someone very high up has made a decision they don’t want it, and therefore it won’t happen. It is unclear at this moment, which one it is.”

Helen Clark, former prime minister of New Zealand, wrote that the U.S. is playing the “blame game” rather than joining with other countries to focus efforts on the global health crisis and put fighting on hold.

In addition to rejecting the ceasefire resolution, Trump has also withheld funding for WHO in recent weeks, claiming the agency mismanaged the crisis and that “So much death has been caused by their mistakes.”

The U.S. has had far less success than a number of other wealthy countries at “flattening the curve.” Earlier this month the Centers for Disease Control and Prevention (CDC) projected a sharp rise in Covid-19 cases and deaths, with deaths reaching 3,000 per day by June 1, as the Trump administration pushed states to reopen their economies. Republican-led states have taken an aggressive approach to forcing Americans back to work amid widespread fears of the deadly virus, with Ohio urging employers to report workers who don’t report to their jobs after industries reopen and threatening a loss of unemployment benefits.

Meanwhile in many other countries, with widespread testing that began weeks ago when Trump was publicly downplaying the pandemic and robust economic relief packages designed to keep people at home without worrying about a loss of income, cases have been dropping for weeks.

New Zealand announced late last month that it “effectively eliminated” Covid-19, with new cases in the single digits. The government spent 4% of its G.D.P. on an economic relief package which covered the wages of all New Zealanders who had to self-isolate, and doubled its healthcare spending.

South Korea has also been praised for flattening the curve with widespread testing early on in the global pandemic, and countries including Denmark and Germany have seen success at reducing cases with early adoption of strict lockdowns.

According to a Foreign Policy report last month the Trump administration is also reluctant to sign the resolution because a ceasefire could impede its counterterrorism operations and key ally Israel’s ability to conduct military operations throughout the Middle East.

“It’s bad enough that Trump is responsible for so many deaths in his own country, now he is actively complicit in causing even more across the globe,” tweeted human rights advocate Dan Sohege of the U.K. charity Stand for All.

Oh FFS, it’s bad enough that #Trump is responsible for so many deaths in his own country, now he is actively complicit in causing even more across the globe. He’s turning America into a rogue nation at this rate.https://t.co/5Frb3rG3HJ

The Security Council is set to continue negotiations on the resolution next week.