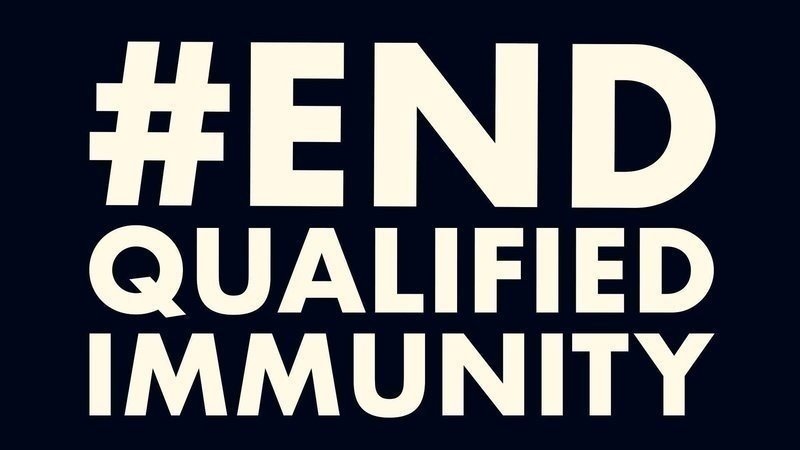 Calling for an end to qualified immunity, which dates back to a 1982 ruling and shields police from civil liability in most cases, U.S. District Court Judge Carlton Reeves turned his ruling into a plea for justice for plaintiff Clarence Jamison as well as countless other Black Americans who have faced violent abuse and deadly use of force by officers.

“That the Justices haven’t acted so far is perhaps understandable,” wrote Reeves. “Not only would they likely prefer that Congress fixes the problem, they also value stare decisis, the legal principle that means ‘fidelity to precedent.’

“Stare decisis, however, ‘isn’t supposed to be the art of methodically ignoring what everyone knows to be true,’ the judge added, quoting Supreme Court Justice Neil Gorsuch. “Every judge must learn to live with the fact he or she will make some mistakes; it comes with the territory. But it is something else entirely to perpetuate something we all know to be wrong only because we fear the consequences of being right. Let us waste no time in righting this wrong.”

Vanita Gupta, president of the Leadership Conference on Civil and Human Rights, was among those who applauded Reeves’ “extraordinary opinion.”

I am so glad that ⁦@RuthMarcus⁩ wrote about the simply extraordinary opinion by Mississippi federal judge Carlton Reeves that minces no words about the reality of the qualified immunity doctrine as a shield for police misconduct. https://t.co/eiKVSdiXi2

Federal Judge Carlton Reeves issues ruling that closes with call for the Supreme Court to END qualified immunity doctrine that shields far too many police officers from accountability for civil rights violations. He describes the doctrine as “unsustainable.” pic.twitter.com/ExAgemK088

Again, the integrity & uncompromising commitment to justice from Judge Carlton Reeves. Whatever his ultimate decision (remember the Confederate flag case?) he serves up an opinion that tells the unimpeachable truth. This time it’s on #QualifiedImmunity. https://t.co/KXsTvRGTYc

Judge Carlton Reeves had little choice but to issue an order of qualified immunity despite clear mistreatment of a black motorist by a white officer. His court decision is extraordinary. The preface will take you three minutes. The entire decision is well worth the extra time. https://t.co/sz0e8S0lRX

Jamison’s case relates to a 2013 traffic stop in which Officer Nick McClendon pulled him over in Shreveport, Louisiana. McClendon allegedly lied to Jamison, telling him he’d received a tip that there were 10 kilos of cocaine in his Mercedes convertible, and demanded to search the vehicle.

McClendon aggressively searched the car, leaving $4,000 worth of damage and detaining Jamison for nearly two hours before leaving him on the side of the road, the interior of his car destroyed.

“Officer McClendon’s physical intrusion into Jamison’s car was an unreasonable search in violation of the Fourth Amendment,” Reeves wrote, siding with Jamison.

Under the 1982 Supreme Court ruling in Harlow vs. Fitzgerald, however, Reeves was unable to hear the case.

“Judges have invented a legal doctrine to protect law enforcement officers from having to face any consequences for wrongdoing,” Reeves wrote. “The doctrine is called ‘qualified immunity.’ In real life it operates like absolute immunity.”

Reeves called on the Supreme Court to restore 42 USC Section 1983, “Civil Action for Deprivation of Rights,” which was passed by Congress during the Reconstruction era and held any government official liable for violating a person’s constitutional rights.

The law was effectively nullified in 1982 when the Court created qualified immunity to ensure police officers would not be subjected to frequent litigation and held personally liable for damages. Under the ruling, plaintiffs have to prove that it was “clearly established” that the officer’s actions amounted to a violation and was not simply part of the duties of law enforcement.

“Under that law, the officer who transformed a short traffic stop into an almost two-hour, life-altering ordeal is entitled to qualified immunity,” wrote Reeves. “But let us not be fooled by legal jargon. Immunity is not exoneration. And the harm in this case to one man sheds light on the harm done to the nation by this manufactured doctrine.”

Reeves began his ruling with a partial list of the Black Americans who have been killed by police officers in recent years.

Jamison “wasn’t suspected of passing a counterfeit $20 bill” or “sleeping in his bed,” as George Floyd and Breonna Taylor were when they were killed earlier this year, Reeves wrote, pointing out the wide range of activities Black people have taken part in before being targeted by police.

In Jamison’s case, the judge wrote, he was stopped—and could easily have been killed as Floyd and Taylor were—simply because he was “a black man driving a Mercedes convertible.” By continuing to uphold qualified immunity, Reeves said, the Supreme Court is “slamming shut the courthouse doors” on victims of police violence and their families.

“Our courts should use their power to ensure Section 1983 serves all of its citizens as the Reconstruction Congress intended,” the judge wrote. “Those who violate the constitutional rights of our citizens must be held accountable. When that day comes we will be one step closer to that more perfect Union.”