“DeSantis needs to worry less about what I’m writing about and more about the people who are sick and dying.” 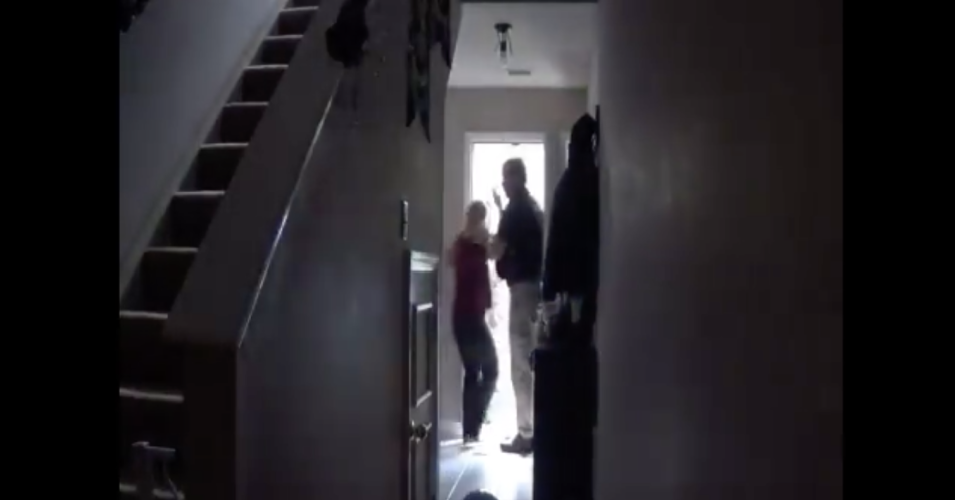 Florida state authorities on Monday raided the home of Rebekah Jones, a former state scientist who says she was ousted from her job for refusing to manipulate data about the coronavirus. (Photo: @GeoRebekah/Twitter/screenshot)

Data scientist Rebekah Jones on Monday evening assured Florida Gov. Ron DeSantis that she would not stop reporting accurate information about the coronavirus pandemic in the state, despite a raid by state authorities at Jones’s home Monday morning which she says was aimed at silencing her.

Jones shared a video of state police entering her home with guns drawn while her children and husband were upstairs, saying the authorities pointed the weapons at her family while executing a search warrant in regards to an unauthorized message that was allegedly sent by Jones to the state Department of Health (DOH).

Jones, who says she was ousted from her job at the DOH in May after refusing to manipulate Covid-19 case numbers in order to gather public support for reopening the state economy, was accused of sending a message to her former DOH colleagues, calling on them to speak out about the DeSantis administration’s disinformation.

1/
There will be no update today.

At 8:30 am this morning, state police came into my house and took all my hardware and tech.

They were serving a warrant on my computer after DOH filed a complaint.

“If DeSantis thought pointing a gun in my face was a good way to get me to shut up, he’s about to learn just how wrong he was,” Jones tweeted Monday night. “I’ll have a new computer tomorrow. And then I’m going to get back to work.”

The Florida Department of Law Enforcement said the agents seized several devices from Jones’ home as part of an investigation into a message she allegedly sent on November 10 using the state government’s communications platform.

The alleged message read, “Time to speak up before another 17,000 people are dead… You know this is wrong. You don’t have to be part of this. Be a hero. Speak out before it’s too late.”

In an interview Monday night with Chris Cuomo on CNN, Jones denied gaining access to the communications platform, saying she is “not a hacker.”

“Pretty sure if I was gonna go through the trouble of learning how to hack, then hacking DOH of all places, I’d be damn sure to get the death count right,” she added in an interview with MSNBC. At the time the alleged text was sent, 17,460 people in Florida had died of Covid-19, but the DOH reported 17,248 deaths.

Jones told Cuomo that she has no reason to reach out to former colleagues at the DOH, saying, “I, better than anyone, know that people at DOH aren’t going to [come forward].”

“If they didn’t come out before, when I warned everybody that DeSantis would and eventually he did get people killed, they’re not going to come out now,” Jones said.

Gov. “DeSantis needs to worry less about what I’m writing about and more about the people who are sick and dying… doing this to me will not stop me from reporting the data. Ever.”
– FL data scientist Rebekah Jones on having her home raided as part of a cybercrime investigation. pic.twitter.com/ztbqdKjwYv

Before being reportedly pushed out of her job in May, Jones designed and managed the state’s Covid-19 dashboard. She told the press that she was ordered to”manually change data to drum up support for the plan to reopen” and said she was forced out when she refused.

At the time of her dismissal, 46,442 Floridians had been diagnosed with Covid-19 and 1,997 had died. More than 850 new cases were reported in the state as the DeSantis administration launched Phase 1 of its reopening, allowing fitness centers, retail stores, and restaurants to operate at 50% capacity.

Just over a month later, the state was forced to reverse some of its reopening plans as Covid-19 cases surged.

Since leaving the DOH, Jones has been reporting daily cases in school districts across the U.S. at TheCovidMonitor.com.

“DeSantis needs to worry less about what I’m writing about and more about the people who are sick and dying,” Jones told CNN on Monday. “Doing this to me will not stop me from reporting the data. Ever.”