“This is a political declaration of intent to criminalize solidarity, and it has a deadly consequence: people die, when they could be saved,” said the crew of the vessel Iuventa. 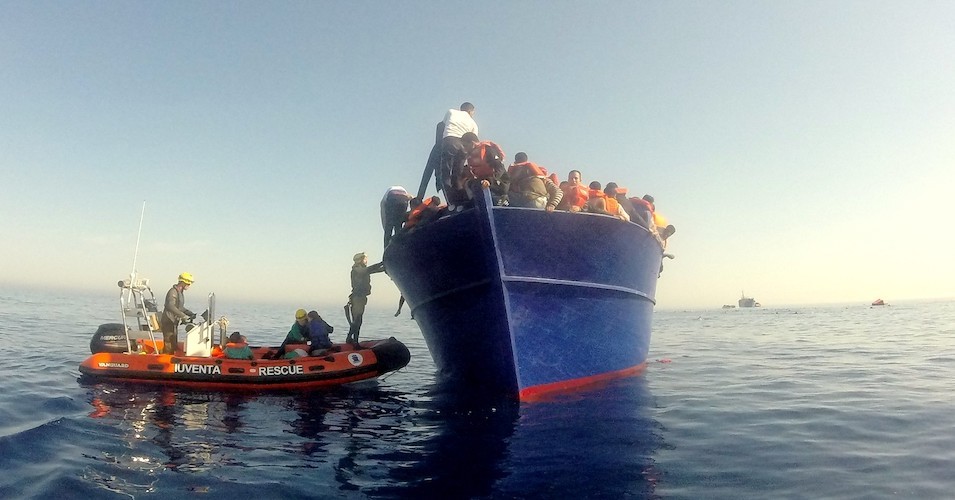 “This is a political declaration of intent to criminalize solidarity, and it has a deadly consequence: people die, when they could be saved,” the Iuventa crew said. (Photo: Iuventa10.org)

Humanitarian organizations are rejecting what they say is an attempt to criminalize lifesaving aid to migrants and refugees at sea after Italian prosecutors charged three groups with aiding and abetting illegal immigration through their rescue operations in the Mediterranean.

Over 20 people are facing up to 20 years in prison.

The sea has been ominously dubbed a refugee graveyard as frequent shipwrecks of vessels crossing from Libya, as well as a drop in rescue missions, have claimed scores of lives. The United Nations says that in 2020 alone hundreds died along the route.

According to The Guardian, the charges were handed down Monday in Trapani, Sicily and center on actions between 2016 and 2017. From the outlet:

As reported by La Repubblica, at least three rescue boats are at the center of the charges: Iuventa, a former fishing vessel run by the German NGO Jugend Rettet, Vos Hestia, operated by Save the Children, and Vos Prudence, run by MSF.

Prosecutors claim rescuers arranged a direct handover of the refugees and migrants from smugglers’ boats, returning the boats to be reused.

The crew of the Iuventa firmly rejects that framing of their operations.

“This is a political declaration of intent to criminalize solidarity, and it has a deadly consequence: people die, when they could be saved,” the group said.

Francesca Cancellaro, lawyer for the Iuventa crew, said in a press statement (pdf) this week, “Saving lives is never a crime.”

“We will prove that all the operations of the Iuventa crew were absolutely lawful,” she said. “While the EU turned away from the Mediterranean transforming it into a mass grave for Europe’s undesirables, the crew of the Iuventa headed to sea as volunteers, in order to protect the fundamental rights to life and to seek asylum, as required by international law and before that by human solidarity.”

In a Thursday tweet, MSF said, “As a medical-humanitarian organization, engaged for 50 years in over 80 countries, including #Italy, our hope is that the sad story of the criminalization of those who help #migrants, #refugees and asylum seekers will end in a timely manner.”

The Iuventa crew added that it intends to “fight this political intimidation in court.”