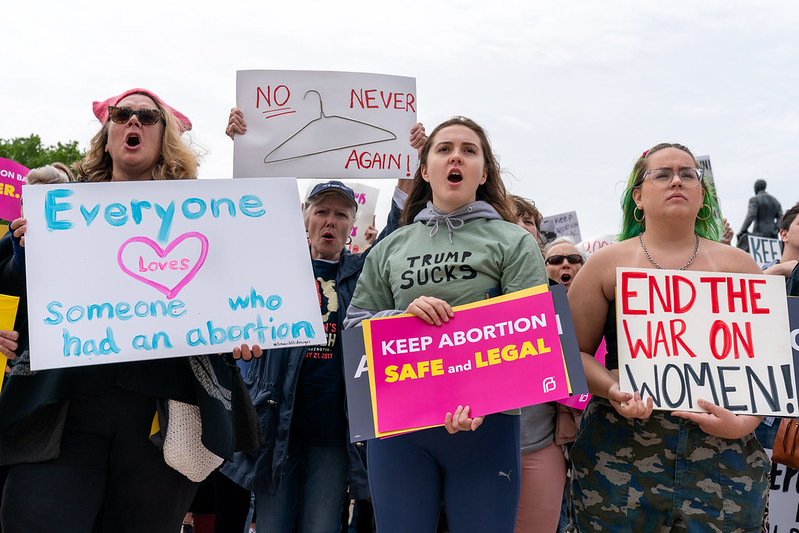 Declaring he was keeping his “promise to sign all pro-life legislation,” Stitt approved the following bills, which will take effect on November 1:

Gloria Pedro, regional manager of public policy and organizing for Arkansas and Oklahoma at Planned Parenthood Great Plains Votes, told CNN that the fetal heartbeat law bans abortions before people may even know that they’re pregnant.

“Aside from being unconstitutional, it’s incredibly unfair and patronizing to women,” she said. “We’ve seen bans like this fail time and time again, so it’s a real waste of taxpayers’ money and it just shows that the Legislature has their priorities wrong in the middle of a pandemic.”

“When they should be working on expanding healthcare for Oklahomans, they are trying to deny healthcare and it’s just cruel and unnecessary,” Pedro said of state GOP lawmakers and Stitt.

Elisabeth Smith, chief counsel for state policy at the New York-based Center for Reproductive Rights, told the Associated Press that “these extreme bills are designed to cut off abortion access for people in Oklahoma—a state that already has more abortion restrictions than almost any other state.”

“We are currently considering all our legal options to ensure that these laws do not take effect and abortion remains accessible for Oklahomans,” she added.

Other Oklahoma anti-choice bills awaiting Stitt’s signature include S.B. 918 (pdf), a so-called “trigger bill” that would ban abortion in the state if the U.S. Supreme Court were to overturn Roe v. Wade, the landmark 1973 ruling enshrining abortion as a constitutional right.

According to Planned Parenthood Action Fund, more than 200 anti-choice bills were progressing in states as of February 2021, as GOP-controlled legislatures are emboldened by the conservative supermajority on the U.S. Supreme Court and anticipating what they believe is a coming reckoning over the fate of Roe v. Wade.