‘The floor of the room was covered in blood’

Faiz Zbedeiat was talking on the phone about 20 feet away from a protest in Nazareth. The moment the 21-year-old student hung up the phone, Israeli police threw a stun grenade into the street. An officer then charged at him and punched him in the nose. Zbedeiat was soon encircled by police who grabbed him, hit him, and pushed him toward a Border Police officer who tried to slam his head against a wall.

“I asked why they were hitting me when I’m not resisting,” Zbedeiat said. “I put my hands behind my back even though they didn’t handcuff me. Nevertheless, the same Border Police officer hit me in the nose with the walkie-talkie that he was holding.”

The officers dragged Zbedeiat by his head to the police station, beating him along the way.

“On the way, we met a policeman who appeared to be an officer, and he started laughing and said to them: ‘Did you only arrest him? That’s not enough. We need more,’” Zbedeiat said.

The beating continued inside the police station. Cops kicked, slapped, and hit detainees with batons, laughing as they struck them.

Zbedeiat detailed how one officer smacked detainees with an M-16 rifle. He watched as one man with a broken nose — face covered in blood — was continuously hit by officers. Then Zbedeiat described his own treatment:

A police officer approached me and whispered in my ear, threatening me. He cursed my mother, my sister, and my wife. He then asked, ‘Did you understand?’ I didn’t answer, and he immediately slapped me in the face. He asked me again: ‘Do you understand?’ I still didn’t answer and he slapped me again in the face. Finally, he said ‘Go explain to your friends.’ He pushed me back down to the floor and hit me again.”

Zbedeiat’s violent detention in May is one of many such, according to Adalah – The Legal Center for Arab Minority Rights in Israel. The advocacy group collected multiple sworn affidavits attesting to the abuse of Palestinian protesters by Israeli officers, attorneys, bystanders, and children inside Nazareth’s police station from May 9 to May 14. The majority of the violent arrests and most of the abuse were conducted by Israeli special forces, including undercover Mista’aravim (counter-terror units within the Israeli Army, Border Police, and Israel Police) officers pretending to be Palestinians.

Adalah submitted a complaint to Israel’s Attorney General and the chairman of the Police Investigation Department on June 7. In their letter, Adalah wrote:

Police officers led the detainees to a room located on the left side of the entrance corridor to the station, forcing them to sit on the floor handcuffed, to lower their heads towards the floor, and began to beat them on all parts of their bodies, using kicks and clubs, slamming their heads against walls or doors, and more. Officers wounded the detainees, terrorized them, and whomever dared to lift his head upwards risked more beatings by officers. According to affidavits, the floor of the room was covered in blood from the beatings.

Under Israeli law, authorities must respond to the letter within 45 days. But Adalah attorney and co-author of the complaint, Wesam Sharaf, told MintPress that Adalah has not received a response from the Attorney General or Police Investigation Department. Adalah did receive a response from Nazareth’s Chief of Police, stating that he will cooperate if there’s an investigation and will take the appropriate disciplinary actions.

“What happened inside the police station in Nazareth amounts to torture and ill-treatment, and requires the immediate opening of a criminal investigation to examine the circumstances and conditions of the protesters’ detention at the station – including the investigation and prosecution of police officers involved in the violence,” Adalah attorneys wrote in their complaint.

Sharaf explained that the witness and victim accounts of police brutality inside the Israeli police station describe activity deemed torturous under international law:

Torture is defined under international law as intentionally inflicting severe pain or suffering in order to obtain a confession or information, intimidate or coerce the individual, or as punishment for alleged offenses. Torture is illegal and considered a war crime.

The Police Investigation Department, Nazareth police station, Israel Police, and commander of the Northern District of the Israel Police did not respond to MintPress News’ requests for comment by the time of deadline.

In a move largely seen as squelching Palestinian dissent, Israel Police launched a mass-arrest campaign in May, targeting Palestinian citizens of Israel who participated in protests against ethnic cleansing in Sheikh Jarrah, attacks at Al-Aqsa Mosque, and Israel’s assault on Gaza.

Israeli police arrested 2,142 individuals and filed 184 indictments during “Operation Guardian of the Walls” and “Operation Law and Order.” According to Sharaf, more than 150 Palestinians were arrested in Nazareth in May, and about one in ten were indicted.

Ashraf Mahroum, an attorney representing nine people detained by police in Nazareth, said his clients and others were charged for protesting illegally, creating illegal organizations, and assaulting police officers. Maroum’s clients allege police fired rubber bullets at the upper parts of their bodies during the protests — a direct violation of the low governing use of rubber bullets. During their detention, officers struck them with batons and smacked them over the head with guns. Most of his clients’ injuries were on the head and face. Some were forced to sign affidavits stating they won’t disclose what happened to them in order to receive medical treatment.

Evidence of similar police violence against Palestinians appeared in other cities across 1948-occupied Palestine (modern-day Israel) including in Lydd, Akka, Yaffa and Haifa, Sharaf said, adding detainees in these localities arrived in court with visible signs of abuse. Sharaf concluded:

[Adalah] has other testimonies about police brutality in different areas; some of this brutality was against protesters and some of it has been inside police stations against detainees. With the systematic ill treatment that we have witnessed from the 9th of May to the 14th of May, we can assume that more people have been subject to such kind of treatment.”

The Israel Security Agency (ISA) has long used torture as a standard tactic during interrogations of Palestinian residents of the Occupied Territories. Until the late 1990s, the ISA was allowed to use “psychological pressure” and a “moderate degree of physical pressure” in order to “prevent terrorism,” according to 1987 recommendations from a state commission. The commission’s opinion permitted the ISA to use methods of torture in their interrogations under the “necessity defense” clause found in Israeli penal law.

The Israeli Supreme Court banned the use of physical methods during interrogations in 1999 after a series of petitions were filed by human rights organizations and Palestinians who experienced ISA interrogations. However, the court ruled the practice of physical pressure could remain in urgent cases as part of the “ticking bomb” exception under the necessity defense. This legal loophole has allowed torture and ill treatment to persist in ISA interrogations, despite the Israeli Justice Ministry having drafted a law to criminalize torture. 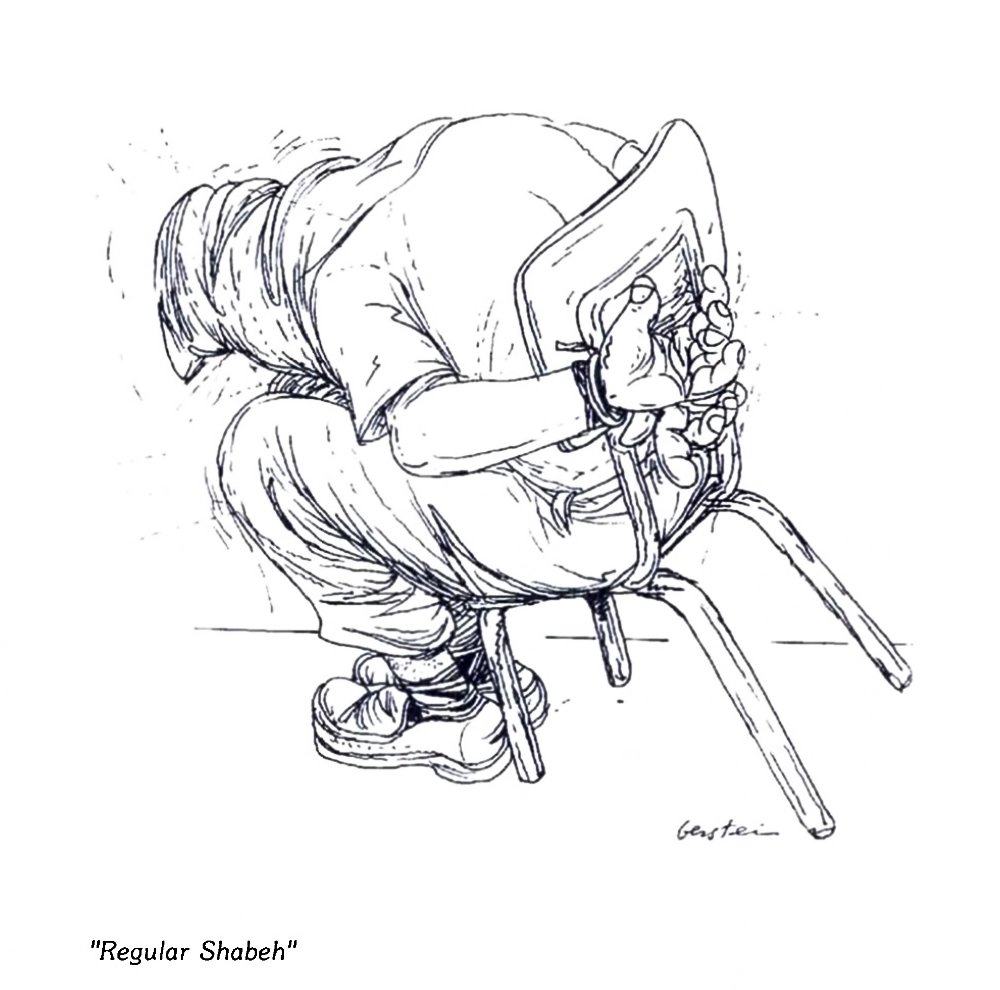 According to the Public Committee Against Torture in Israel (PCATI), 1,300 complaints regarding the use of torture against Palestinian citizens in the Occupied Palestinian Territories (OPT) by the ISA have been submitted to the Ministry of Justice since 2001. These complaints resulted in only one criminal investigation and no indictments.

PCATI receives dozens of complaints each year attesting to brutality occurring during arrest, detention, interrogation and imprisonment of Palestinians from the OPT. The nonprofit organization estimates 5% to 10% of these cases amount to instances of severe torture.

Severe interrogations increased sharply in 2020. “In the passing year, more people were tortured in Israel than in any other year in the past decade,” PCATI said in their 2020 situation report on torture of Palestinians by Israeli security forces. While cases of torture are prevalent within the OPT, Tal Steiner, Director General of PCATI, said 1948-occupied Palestine is now experiencing an escalation of torture incidents. Steiner told MintPress:

[PCATI] has seen attributes that are usually found in the West Bank trickling into Israel. There’s administrative arrest, prevention of rights to seek counsel, to receive medical attention — those are things that are quite unfortunately common in the West Bank and the Occupied Territories that have now become more evident within Israel proper… This is not something that’s usual or routine within Israel for Israeli citizens — Palestinian or not. So it’s a turn for the worse.” 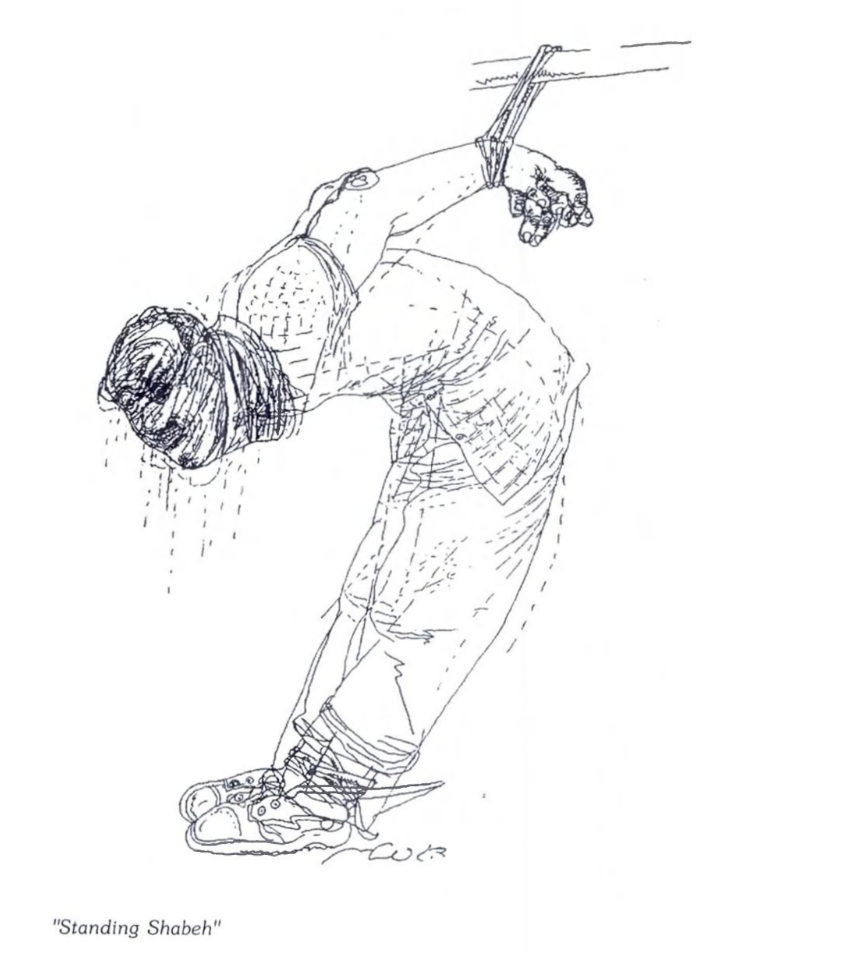 Steiner attributed this surge within Historic Palestine to a culture of impunity spurred by Israeli politicians like former Prime Minister Benjamin Netanyahu, explaining:

When the police and military forces entered the mixed cities within Israel to so-call restore the peace, then-Prime Minister Netanyahu was quoted saying, ‘Go ahead and do your job and don’t worry about any commission of inquiry.’ These types of announcements by the prime minister and other Israeli leaders can also be a reason why police officers thought they could get away with it. They can use extreme force toward citizens, demonstrators, and especially toward people from minority groups, and go unpunished.”

“I thought I was going to die”

On May 13, the eve of the Muslim holiday Eid al-Fitr, Nazareth resident Omaiyer Lawabne was out with friends to celebrate. As he approached an ATM to withdraw money, he saw an officer decked in full riot gear running toward him. Instinctively, he began running away.

“The cops started throwing grenades at me, and I kept running because I knew that if I stood still I could be badly wounded by the grenades,” Lawabne said. “While I was still running, one of the policemen raised his hand and hit me in the left eye, and I fell to the ground.”

Police surrounded Lawabne on the pavement, kicking him in the face and head. One officer pressed his boot into Lawabne’s head and shoulder. “I felt intense pain all over my body, from my head to my legs. One of them started kicking me in the artery behind the ear,” Lawabne said. “At that moment, I thought I was going to die.”

At the police station, Lawabne saw detainees stuffed into a room, resembling “prisoners of war.” They sat on the floor with their legs folded under them and heads bent. A masked officer paced around the room with a club-like object in his hand. Any detainee who lifted his head met the full swing of the officer’s bat on their head.

“They pushed me down into a corner and I lowered my head and curled up. Nevertheless, the same police officer hit me hard on the head with that object,” Lawabne said.

Days after his detention, Lawabne still felt excruciating pain throughout his body. He couldn’t sleep from the dizziness. He couldn’t eat without vomiting. He couldn’t speak coherently. He still doesn’t understand why he was arrested when he wasn’t participating in any nearby protests.

“It was the first time I had been arrested, an arrest that I believe was illegal, pointless, and very violent,” Lawabne said.

Editors’ note: There is a glimmer of hope, though.