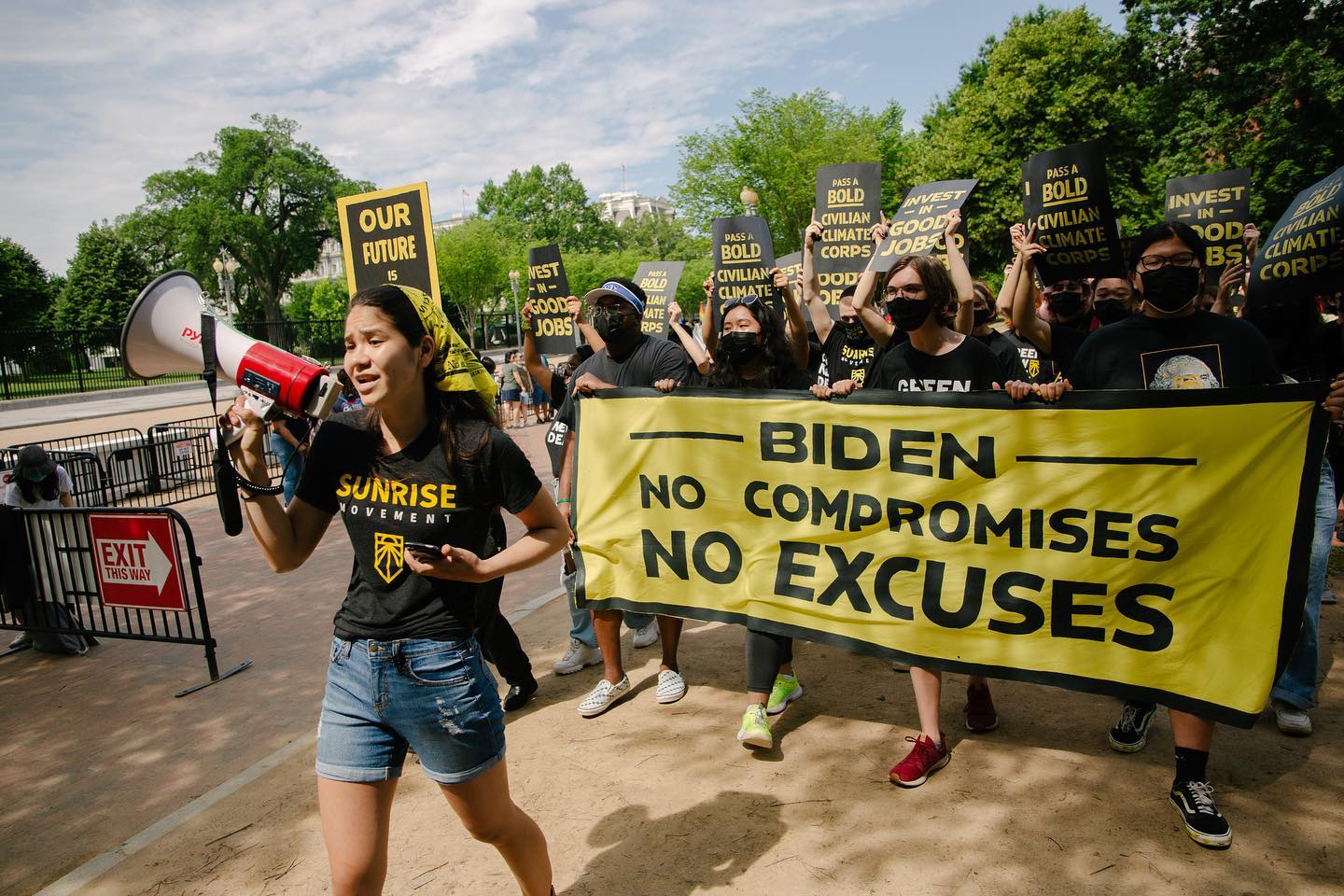 Flying in the face of the White House’s reference to the climate crisis as an “existential threat” and President Joe Biden’s campaign pledge, his administration has so far approved fossil fuel drilling permits on public and tribal lands at a faster rate than his two immediate predecessors, a new Associated Press analysis has found.

“We’re not only subsidizing the climate and ecological crisis,” climate activist Greta Thunberg tweeted in response to the new reporting, “we’re speeding it up.”

With over 2,100 permits approved in the first six months of the year, the AP‘s analysis of government data found, and if the current trend holds, the number approved by the Interior Department by the year could hit near 6,000—a figure not seen since fiscal year 2008.

Once in office, Biden quickly put a temporary pause—blocked by a federal judge in June—on new leases for oil and gas drilling on public lands, a development welcomed by climate campaigners who saw it as step towards fulfilling his campaign vow to end such extraction. The order did allow permits to be issued by Interior Department leadership, as The Hill previously reported. The administration lifted that restriction limiting the provision of drilling permits in March.

The temporary suspension also didn’t affect existing leases, including those former President Donald Trump approved in a “rapid-fire leasing blitz” in his final months in office.

“Approvals for companies to drill for oil and gas on U.S. public lands are on pace this year to reach their highest level since George W. Bush was president”

IT DOESN’T MATTER WHAT YOU SAY AT THE MIC IF YOU APPROVE DRILLING AT YOUR DESK https://t.co/dxy2qu4kyh

“The pace [of lease approvals] dropped when Biden first took office, under a temporary order that elevated permit reviews to senior administration officials,” AP reported. “Approvals have since rebounded to a level that exceeds monthly numbers seen through most of Trump’s presidency.”

Environmental campaigners had expressed hope that the Biden administration, especially after the March confirmation of Deb. Haaland as Interior Secretary, would be able “to chart a new course” (pdf) for the federal fossil fuels program and undo the wreckage of the “Trump-era assault on our air and water.”

“I don’t think there is a plan right now for a permanent ban” on new drilling leases on public lands and waters, she added. “But, as I said, the review will come out early summer, and we will assess the fossil fuel programs at that time.”

Taylor McKinnon, a senior campaigner at the Center for Biological Diversity—one of the organizations that’s called for the Biden administration to stop fossil fuel extraction on public lands and waters—put AP‘s findings in the context of the climate emergency.

“Our planet, livelihoods, and life support systems are in grave danger. We’re out of time,” he said in a statement Common Dreams Tuesday.

“We have to hold him to his promise,” he said.