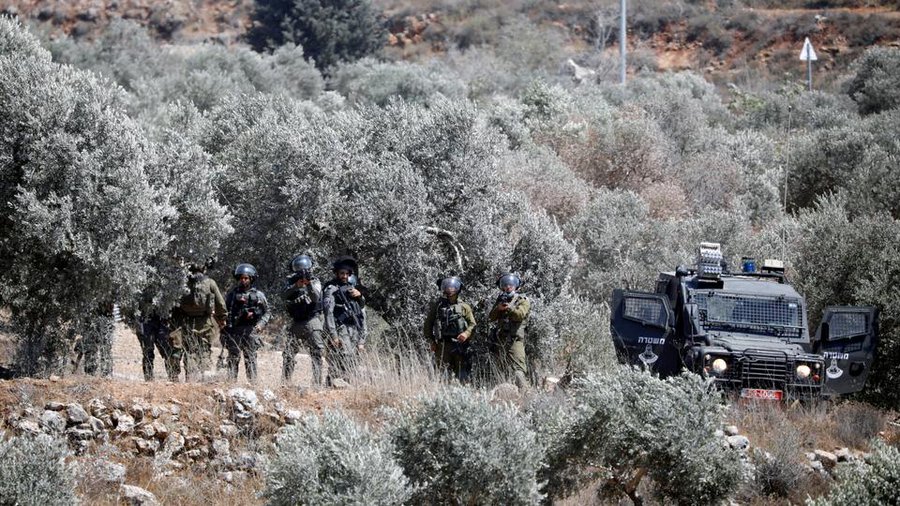 In his ruling, the chief registrar of the Krayot Magistrate’s Court, Yaniv Luzon, said that establishing an Arabic-language school in Karmiel or funding transportation for Palestinian Arab students would “damage the city’s Jewish character” and may encourage Palestinian citizens of Israel to move into Jewish cities, thereby “altering the demographic balance.”

The development and establishment of Jewish settlement is a national value enshrined in the Basic Law and is a worthy and prominent consideration in municipal decision-making, including the establishment of schools and the determination of policies relating to the funding of [school] busing [of students] from outside the city.

The students’ father, Kasem Bakri, said of the judge’s decision, “The municipality treats my sons as guests in the best of times and as enemies in the worst of times.” The family was fined 2,000 shekels (roughly $600) and ordered to pay all of the court’s expenses.

The court ruling came just before a Supreme Court hearing on 15 petitions submitted by human rights organizations and Palestinian political leaders challenging the Nation-State Law in December. After only one discussion on the law, the high court last week rejected the petitions and upheld the 2018 law in a 10 to 1 decision.  The single dissenting opinion was from the only Palestinian justice on the court, Justice George Kara.

“The Israel Supreme Court approved a law that establishes a constitutional identity, which completely excludes those who do not belong to the majority group. This Law is illegitimate and violates absolute prohibitions of international law,” Adalah – The Legal Center for Arab Minority Rights in Israel wrote in a press release. Adalah, one of the law’s petitioners, deemed this piece of legislation “a law that clearly shows the Israeli regime as a colonial one, with distinct characteristics of apartheid.”

“The Supreme Court refrained from doing what was essential — to defend the basic right to equality,” Dr. Yousef Jabareen, chair of the Human Rights Forum in the High Follow-up Committee for Arab Citizens of Israel and a former member of the Knesset, said in a statement, adding:

The so-called ‘Jewish Nation-State’ law formalizes in Israeli constitutional law the superior rights and privileges that Jewish citizens of the state enjoy over its indigenous Palestinian minority, who comprise roughly 20% of the population.”

What is the Jewish nation-state law?

In 2018, the Knesset voted to approve the nation-state law by 62 to 55. The basic law essentially legalizes Israel’s apartheid nature and states the following:

The director of the land and planning rights unit at Adalah, Adv. Suhad Bishara, helped formulate Adalah’s petition against the nation-state law. “The overriding objective of the basic law is to violate both the right to equality and the right to dignity of the Arab citizens of Israel,” she said.

Additionally, the law promotes Jewish settlement and views it as a national value. It also demotes Arabic from one of the two official languages to a “special status.” With the nation-state law’s basic tenets, Palestinian history and identity are effectively erased from the land.

Emphasizing the law’s notion of Jewish settlement and demotion of Arabic, Amnon Be’eri-Sulitzeanu — co-director of Abraham Initiatives, an Israeli nonprofit focused on Jewish-Arab partnership — said the legislation institutionalizes inequality between Israeli Jews and Palestinian citizens of Israel. “It’s creating a situation in which, according to our basic laws, there is a sector in society that is not equal,” Be’eri-Sulitzeanu told MintPress News. “This is something that no democracy can allow.”

In a tweet, Abraham Initiatives advocated for repealing the law, writing that it “establishes the status of Arab citizens in Israel as second-class citizens.”

Only a few years old, the nation-state law has already proven it can serve as a legal tool for discrimination and racial segregation.

The Bakri family in Karmiel sued the local municipality over their school transportation costs. Since there isn’t an Arabic-language school in Karmiel, the Bakri children were forced to travel nearly four miles to the town of Rameh for their education. According to the Bakris, the traffic often made the commute more than 30 minutes and cost the family 1,500 shekels (or roughly $460) each month. The family’s lawsuit requested reimbursement for their transportation costs totaling 25,000 shekels (about $7,683).

Nizar Bakri, the children’s uncle and the attorney who filed the lawsuit, condemned the magistrate court’s dismissal of the suit, saying, “The court’s decision wasn’t based on law; it was based on Jewish existence.” Following the ruling, Nizar Bakri filed an appeal with the Haifa District Court. The district court denied the Bakris’ appeal in February but determined the lower court’s reliance on the nation-state law was “fundamentally wrong” and “liable to damage the public’s trust in the courts.”

For Adalah’s Bishara, the district court’s opposition to the magistrate’s court’s use of the nation-state law is irrelevant when it comes to future court decisions, as the grounds for discrimination are officially embedded into law. She explained:

It doesn’t really matter whether it’s explicitly mentioned or not because it’s the legal, constitutional framework that’s there that sets the basic principles of supremacy and of the right to self-determination only for one national ethnic group in the state. This sends a very clear message to all the authorities that you can not only go on with what you have been doing so far in terms of violating the rights of the Palestinian citizens as individuals and as a group, but this will certainly give you more backing to deepen these policies.”

Bishara told MintPress that she anticipates the legislation will add another dimension to Israel’s ongoing discrimination and have huge implications for Palestinians on both sides of the Green Line — not just 1948-occupied Palestine. “Since it speaks about the land of Israel as the historic land of the Jewish people and Jewish settlement as a constitutional value, this combination of both becomes very problematic both in Israel proper and in the Occupied Territories,” she said.

Globally, the state of Israel touts itself as the “only democracy in the Middle East,” but Dr. Jabareen said the nation-state law “prioritizes the Jewishness of the state over its democratic character,” specifically in “omitting any reference to democracy or equality.” He added:

The nation-state law further marginalizes the Arab-Palestinian community and entrenches Israel’s regime of racial discrimination and deterioration into apartheid. It will lead to more racist, anti-democratic laws, adding to the more than 50 laws already on the books that disadvantage non-Jewish citizens.”

According to an Adalah database, Israel has more than 65 laws discriminating against Palestinian citizens of Israel and Palestinians in the Occupied Palestinian Territories (OPT). These laws encompass nearly every facet of daily life, from property and housing rights to citizenship and finances. The following are just a few notable examples:

While the principles outlined in the nation-state law have always been part of Israel’s foundation and way of governing, enacting this legislation turns these de facto concepts into de jure ones and opens the floodgates for further inequity.

Despite the controversial legislation remaining, Kasem Bakri is steadfast. “I exist here as an Arab person and I have the right to be here,” he said. “Palestinians exist here like the cactus and the olive trees. We will never be gone from here.”