The USDA’s record 27% increase in food stamp benefits “is a large advance for poverty reduction, nutrition, and opportunity for children,” said one economist. 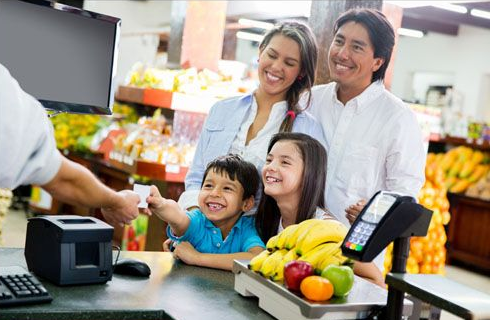 Progressives on Monday commended the Biden administration for approving the largest permanent expansion of food benefits in the history of the Supplemental Nutrition Assistance Program, which anti-poverty advocates say will help improve health and educational outcomes for millions of low-income households in need of financial support.

Although the cost of a healthy diet has grown over time, the United States Department of Agriculture had not increased the value of the Thrifty Food Plan—its model for estimating how families could meet nutritional guidelines as inexpensively as possible, which is used to calculate SNAP benefits—since it was first established in 1975 based on 1962 prices, with the exception of adjustments for inflation.

USDA Secretary Tom Vilsack announced on Monday that thanks to a long-awaited re-evaluation of the Thrifty Food Plan, the maximum SNAP benefit will climb to $835 a month for a family of four, an increase of 21%, beginning on October 1, 2021. The average SNAP benefit will rise by 27% above pre-pandemic levels, adjusted for inflation, according to the New York Times.

“A modernized Thrifty Food Plan is more than a commitment to good nutrition—it’s an investment in our nation’s health, economy, and security,” said Vilsack. “Ensuring low-income families have access to a healthy diet helps prevent disease, supports children in the classroom, reduces healthcare costs, and more. And the additional money families will spend on groceries helps grow the food economy, creating thousands of new jobs along the way.”

As the Times reported Sunday:

For at least a decade, critics of the benefits have said they were too low to provide an adequate diet. More than three-quarters of households exhaust their benefits in the first half of the monthly cycle, and researchers have linked subsequent food shortages to problems as diverse as increased hospital admissions, more school suspensions, and lower SAT scores.

Under the new rules, average monthly benefits, $121 per person before the pandemic, will rise by $36. Although the increase may seem modest to middle-class families, proponents say it will reduce hunger, improve nutrition, and lead to better health.

Unlike coronavirus-driven expansions of the social safety net, some of which are set to expire next month, the upcoming augmentation of SNAP benefits has been designed to outlast the ongoing public health emergency.

While the boost to SNAP comes amid a pandemic-related surge in hunger, the Times noted that the importance of food assistance has been growing for years in the wake of bipartisan cuts to social welfare programs during the Clinton administration. Enrollment in SNAP “more than doubled… from the early 2000s to the aftermath of the Great Recession,” according to the newspaper.

The Biden administration’s revision of the Thrifty Food Plan, and ensuing permanent expansion of SNAP benefits, elicited praise from a number of anti-hunger advocates.

Joel Berg, CEO of Hunger Free America said in a statement Monday that “the new Thrifty Food Plan is a huge victory in the fight against hunger and for the tens of millions of Americans facing food insecurity.”

“This is something that Hunger Free America has been advocating for years,” he continued, “as a permanent boost to SNAP benefits will allow families participating in the program to be able to afford healthier food without fear of running out of benefits each month.”

Berg added that “this increase will be a huge relief for the 42 million Americans who rely on SNAP, including working families who are simply not paid enough to afford basic living expenses. Being able to afford a more nutritious diet is also crucial for the overall health of low-income families, allowing them to have greater protection against Covid-19 as the rates of the virus continue to skyrocket in areas across the country.”

The increase in food aid did not require congressional approval, and “as hints of the benefit increase spread last week, Republicans pushed back,” the Times reported. “Before the plan was even released, two Republican legislators called for a watchdog to review it.”

Ironically, however, “the changes are the result of [the Farm Bill] passed in 2018 by a Republican Congress, which ordered a review of the program’s assumptions and gave the Agriculture Department four years to do it,” the Times noted. “In January, President [Joe] Biden urged the department to speed up the process so that benefits ‘reflect the true cost of a basic healthy diet.'”

“In allowing the plan’s value to rise, officials argued they were following the 2018 law, which required new standards but did not specify whether costs should stay the same,” the newspaper added. “Former Rep. Mike Conaway, a Republican and chief author of the 2018 law, said it was written ‘assuming the precedent of cost-neutrality would be followed’ and warned the administration against ‘unilateral overreach.'”

Progressive critics of the USDA’s previous Thrifty Food Plan have long argued that the assumption of fixed food costs resulted in an unrealistic model that ignored several factors, including preparation time, geographic variation in prices, and dietary changes during adolescence. The resulting inadequate food budget for impoverished families forced many to settle for cheaper, less nutritious options or go hungry when benefits began to run low, as they did for almost 90% of recipients before the end of the month.

A study (pdf) published last month by the Urban Institute found that in 2020, the maximum SNAP benefit provided by the old formula “did not cover the cost of a modestly priced meal in 96% of all U.S. counties.”

“I am beyond thrilled President Biden is taking the long overdue step to adjust the Thrift Food Plan to be in line with the increased cost of healthy food,” Jason Furman, professor of economics at Harvard University, said Sunday. “This is a large advance for poverty reduction, nutrition, and opportunity for children.”

A transformational move by President Biden to enact largest permanent increase in food stamp benefits, reflecting actual cost of food in this rough economy for poor families. Personal experience tells me that this will transform lives. https://t.co/kxnOyrtvs1

Jamie Bussel, a senior program officer at the Robert Wood Johnson Foundation, told the Washington Post on Sunday that “this is totally a game-changing moment.”

“The changes have enormous potential to reduce, and potentially eliminate, child hunger and poverty in this country,” said Bussel. “This will reflect much more accurately what food actually costs in communities.”