“We’re at a critical juncture in history,” said Ethics in Tech founder Vahid Razavi. “We need as humans to come together and decide what is the best course of action to take with these technologies before they surpass us in their abilities.” 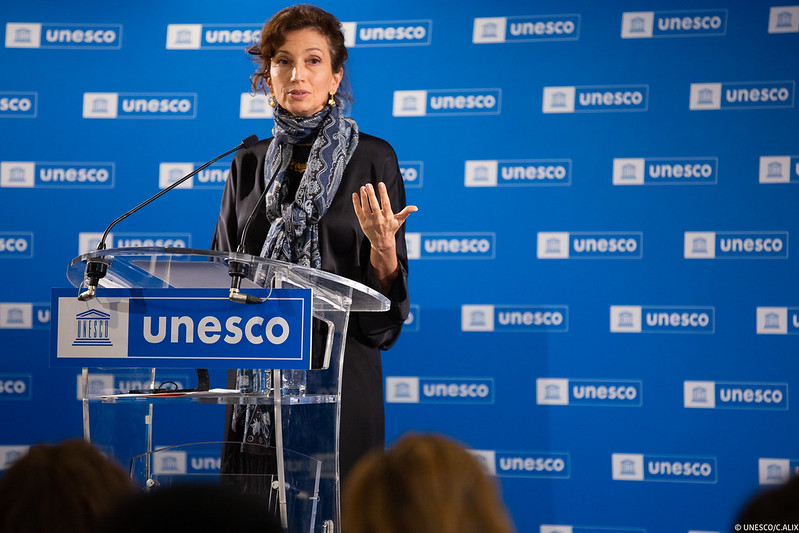 Tech ethicists on Friday applauded after all 193 member states of the United Nations Educational, Scientific, and Cultural Organization adopted the first global framework agreement on the ethics of artificial intelligence, which acknowledges that “AI technologies can be of great service to humanity” and that “all countries can benefit from them,” while warning that “they also raise fundamental ethical concerns.”

“AI is pervasive, and enables many of our daily routines—booking flights, steering driverless cars, and personalizing our morning news feeds,” UNESCO said in a statement Thursday. “AI also supports the decision-making of governments and the private sector. AI technologies are delivering remarkable results in highly specialized fields such as cancer screening and building inclusive environments for people with disabilities. They also help combat global problems like climate change and world hunger, and help reduce poverty by optimizing economic aid.”

“But the technology is also bringing new unprecedented challenges,” the agency warned. “We see increased gender and ethnic bias; significant threats to privacy, dignity, and agency; dangers of mass surveillance; and increased use of unreliable AI technologies in law enforcement, to name a few. Until now, there were no universal standards to provide an answer to these issues.”

Vahid Razavi, founder of the advocacy group Ethics in Tech (EIT), told Common Dreams Friday that “it’s a good sign” that the United States joined the rest of UNESCO members in signing the agreement.

“It’s a good step, but there are a lot more steps that we need to take, like a ban on autonomous weapons, on killer robots,” he added. “We’re first and foremost in the development of these weapons.”

🔴BREAKING 🔴@UNESCO member states have adopted the 1st ever global agreement on the Ethics of #ArtificialIntelligence!

This historical text defines the common values & principles which will guide & ensure the healthy development of #AI.

David Leslie, the ethics theme lead at the Alan Turing Institute, Britain’s national institute for data science and artificial intelligence, said that the UNESCO framework “puts forward values and principles—such as human dignity, social and economic justice, environmental flourishing, and the interconnectedness of all living creatures with each other and the biosphere—that provide a compass for a global AI innovation ecosystem in dire need of directions for principled navigation.”

UNESCO says the new recommendation “aims to realize the advantages AI brings to society and reduce the risks it entails” by:

“The world needs rules for artificial intelligence to benefit humanity. The recommendation on the ethics of AI is a major answer,” UNESCO Director-General Audrey Azoulay said in a statement. “It sets the first global normative framework while giving states the responsibility to apply it at their level. UNESCO will support its 193 member states in its implementation and ask them to report regularly on their progress and practices.”

“The world needs rules for #ArtificialIntelligence to benefit humanity. The Recommendation on the ethics of #Ai is a major answer. UNESCO will support its 193 Member States in its implementation” – @AAzoulayhttps://t.co/EwSl4xfiuL #AiEthics pic.twitter.com/Gj7U50sjB5

Marek Rosa, chief technology officer at the Prague-based advocacy group GoodAI, said in a statement that UNESCO’s new framework is “an excellent basis not only for the ethics of current AI technologies but also for a strong AI of the future.”

The Turing’s David Leslie spoke about the publication of recommendations on the #ethics of artificial intelligence at the UNESCO General Conference today in Paris. https://t.co/MNEysbB1oZ #AI #UNESCO

“We need to make sure we don’t create a world where we have autonomous weapons,” Razavi added. “There’s a lot of harm that can be done with AI and so we need an ethical framework and we need as humans to come together and decide what is the best course of action to take with these technologies before they surpass us in their abilities.”